In #electricmotor theory, the left-hand rule consist of using the index finger, the thumb, and the middle finger of the left hand #motorcontrol 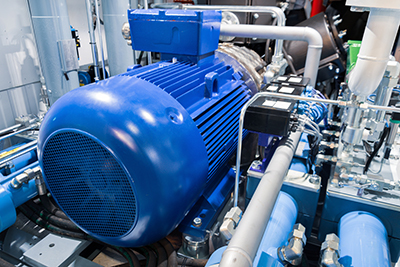 When a current-carrying conductor comes under a magnetic field, there will naturally be a force acting on the conductor. Fleming’s Left-Hand Rule is a simple and accurate way to find the direction of force/motion of the conductor in an electric motor when the magnetic field direction and the current direction are known. It was originally developed by John Ambrose Fleming, an English electrical engineer, in the late 19th century.

At its core, the left-hand rule is a visual mnemonic that uses the thumb, the index finger, and the middle finger of the left hand. The hand is held with the palm up, the thumb and middle fingers aligned as though they were joined end-to-end, and the index finger held out in a perpendicular fashion. The rubric for this rule is as follows:

How Does Fleming’s Left-Hand Rule Relate to How Electric Motors Work?

In a standard DC electric motor, there is a rotor and a stator. The rotor nests into the stator and is free to rotate within it. In a simple motor, the stator is a ring of permanent magnets, and the rotor is neatly wrapped numerous times with conductive copper wire. The rotor is the only component that is connected to an outside power source. Now, let’s consider Fleming’s Left-Hand Rule. Electrical current from the outside power source is passed through coils of copper wire on the rotor. The electromagnetic field that this creates interacts with the magnetic field that is generated by the permanent magnets in the stator. This interaction causes a physical force to be generated, which is perpendicularly opposite to the fields. Because of how an electric motor is built (rotor within stator), this physical force is manifested as the rotation of the rotor. 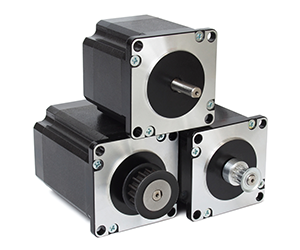 The Benefits of Adding Encoders to Step Motor Systems 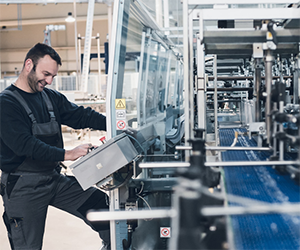 Integrated Motors: What Are They and What Do They Do?

In a simplified way, Fleming’s left-hand rule can describe motion in any of the multitude of different types of electric motors. DC, AC, Brushed, Brushless, Induction - all of these use the same concepts (1 electromagnetic field, 1 field that is either magnetic or electromagnetic, 1 force generated) to generate motion.

For expert guidance and solutions for your motion control application, connect with an A3 member motion supplier.