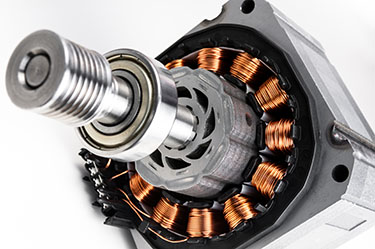 Any motion control expert should understand the difference between brushed and brushless DC motors. Brushed motors were once very common. Though they’ve been largely supplanted by their brushless counterparts, the right DC motor of either type can make a project far more efficient.

What is the Difference Between Brushed and Brushless DC Motors?

A brushless motor, by contrast, utilizes a permanent magnet as its external rotor. In addition, it uses three phases of driving coils and a specialized sensor that tracks rotor position. As the sensor tracks the rotor position, it sends out reference signals to the controller. The controller, in turn, activates the coils in a structured way – one phase after the other.

What are the Advantages of Brushed and Brushless DC Motors?

What Applications are Brushed and Brushless DC Motors Used In?

Today, the brushless motor is far more common than the brushed motor. However, both can be found in a wide range of applications. Brushed DC motors are still used frequently in household appliances and in automobiles. They also maintain a strong industrial niche because of the ability to alter the torque to speed ratio exclusive to brushed motors.

Thanks to reliability and longevity, the brushless DC motor has expanded into many applications. It is common throughout a broad spectrum of industries: Manufacturing, computing, and much more. Next generation electric vehicles and even some power tools use them! Due to vastly differing needs and environments, motion control projects could benefit from either motor.