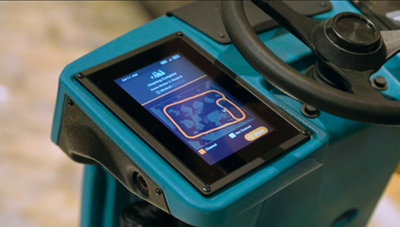 Every great autonomous mobile robot (AMR) system has a software ‘brain’ that enables it to handle tasks from handling sensor data, mapping, and fleet management to safety and programming.

The functionality and reach of these software solutions has increased rapidly over recent years – to the point where AMR ‘intelligence’ goes far beyond just managing AMR fleets to incorporate features such connectivity with ERP software and even human resource management.

Over the same period, programming interfaces have become so user-friendly that anyone can safely operate an AMR with minimal training –a quality that’s appreciated by companies new to automation and by sectors that see considerable employee churn.

Ask people in the cleaning industry to name the biggest innovation of the past twenty years and the most common answer you’ll get is ‘the microfiber cloth,’ says Michel Spruijt, Chief Revenue Officer at Brain Corp., reflecting the opportunity for new and advanced technologies to automate traditionally manual cleaning processes.

“The people that work with our cleaning robots are very diverse and the sector sees two hundred per cent employee turnover in a year, on average. So, we need to make it as easy as possible for people to understand how to use the robot. We created a user interface that’s very visual and makes it easy for everybody to teach a robot how to perform a route,” says Spruijt, who identifies increasing user-friendliness as the most important trend in the AMR software space. 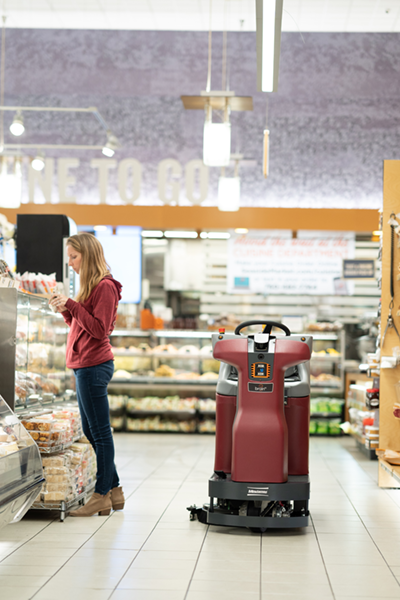 Brain Corp.’s BrainOS software is installed on more than twenty thousand autonomous cleaning robots and can be found operating in environments from logistics and airports to hospitals, schools, and warehouses. Operators simply place the robot in ‘Teach’ mode, show it where it needs to clean, and then press ‘Repeat.’

“We learn a lot from the sheer scale of deployments that we have. The more robots you have in the field the more problems you have to fix and the more you improve your ability to scale.”

BrainOS enables cleaning robots to determine the difference between dynamic and static objects and adjust its behavior accordingly –a feature that allows it to operate safely around humans, even in cluttered environments. Moreover, it can pass on insights gained from thousands of deployments.

“It doesn’t make sense to start cleaning at the bakery when the store opens, because early morning customers typically want fresh bread, croissants, or donuts. So, clean the frozen food section instead. BrainOS provides insights like this to help users maximize their use of the robot,” explains Spruijt. 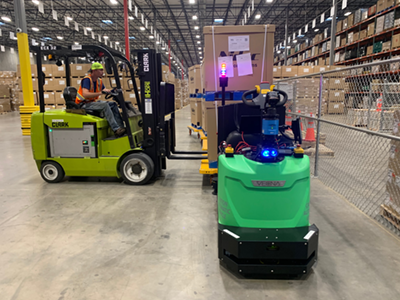 You would never deploy a fleet of human workers without giving them supervisors to organize them and to help solve problems, yet we often try to deploy fleets of robots without being able to do that, says Daniel Theobald, Chief Innovation Officer at Vecna Robotics.

“People expect robots to be magically smarter, more intelligent, and wise. But the fact of the matter is that as great as they are getting, they are still dumb. Robots are not as perceptive or intelligent as humans by orders of magnitude. And yet somehow, we expect robots to know what to do.”

Alongside its range of AMRs, Vecna Robotics has developed Pivotal, an artificial intelligence (AI) software platform that acts as an ‘orchestration engine.’ Pivotal enables Vecna Robotics’ AMRs to operate autonomously, but it can also incorporate data from multiple sources such as ERP software to provide real-time suggestions on how companies can make best use of their available resources –including both AMRs and human workers.

“Orchestration is all about the idea of coordinating resources to get your organization’s work for the day done most efficiently and making sure that you’ve got the right resource in the right place at right time,” explains Theobald.

Pivotal is designed to help facilities respond in real-time to demand. For example, if an order management system informs the software of an order for fifty thousand widgets, Pivotal immediately starts working out the most efficient way to get them out to the customer using available resources.

“Pivotal knows what it is trying to get done, and it knows the pieces it has available. It uses AI to perform a complex optimization algorithm and prioritizes certain tasks and assigns resources based on company priorities. Plans are great, but things happen, so you need a system that’s robust enough to answer the question ‘Now what are we going to do?’ all day long,” explains Theobald. 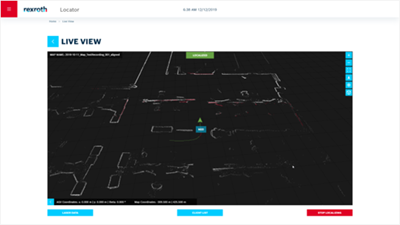 “What we’re seeing in facilities is that companies often have other types of automation deployed before their AMRs arrive. In the future, you want one control center to command the automation, to share maps and other information. Traditionally, that information was held close to the manufacturer’s chest, but everyone is quickly finding out that you need it to be open,” says Gonzalez, adding that recent work by MassRobotics on AMR interoperability is a good example of the direction the AMR community needs to take.

With more than 300 manufacturing facilities worldwide, Bosch Rexroth tests all its products internally, before releasing them to the market. “We’ve been able to use our sites as training grounds or sandboxes where we can dial in new techniques, find out what works and what technological improvements can be made, as well as new concepts. It’s a distinct advantage that we have at Bosch,” says Gonzalez.

For Vecna Robotics’ Theobald, the most important trend over recent years is the force with which order fulfilment has become the primary focus throughout the entire supply chain.