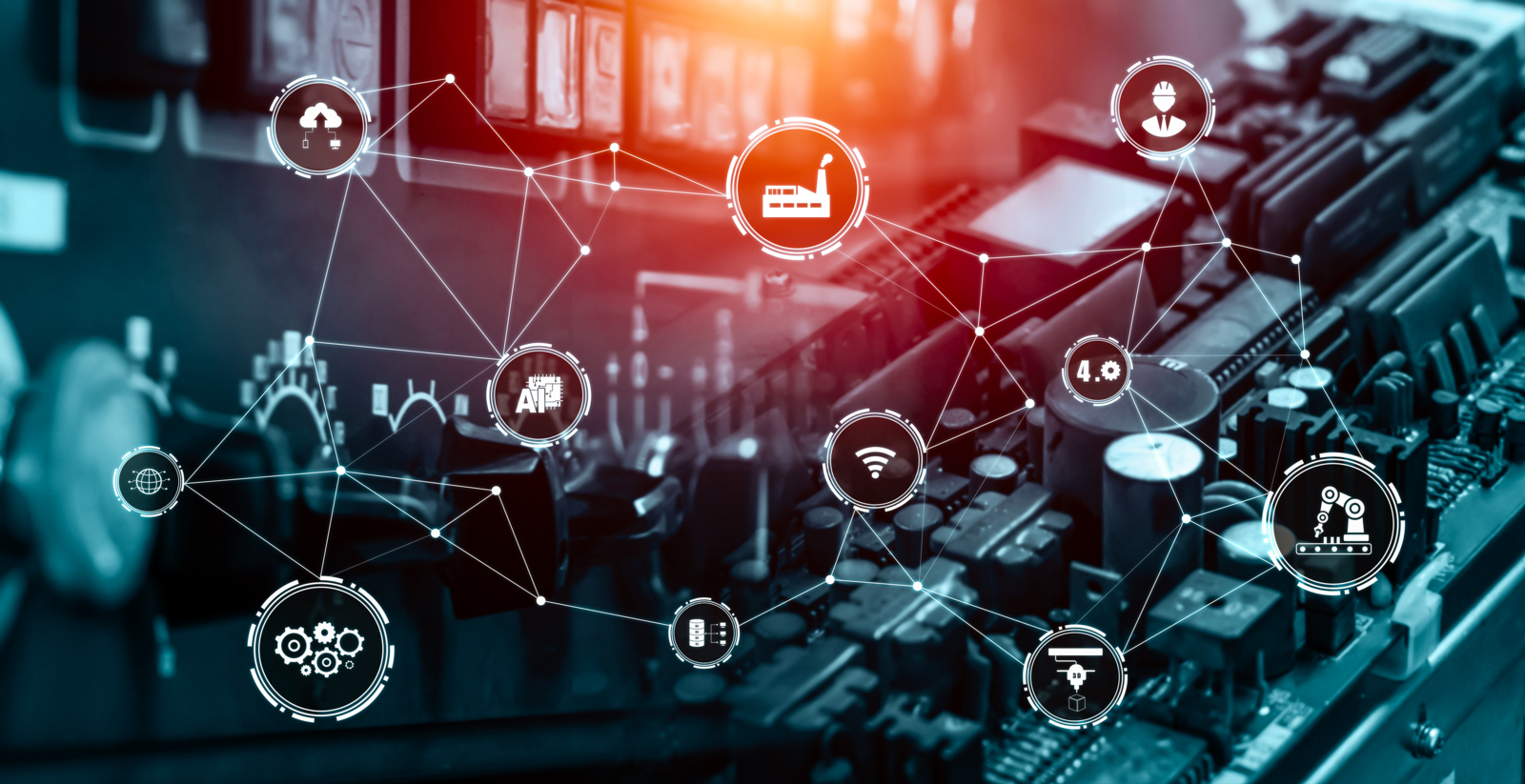 Adding automation to your business may seem like a long and daunting task. But a journey can begin with simple steps.

The pandemic has disrupted business processes around the world. As a result of global lockdowns caused by the COVID-19 pandemic, organizations saw disruption to their supply chains, sent millions of employees home to work remotely, and adopted new health and safety regulations to keep front-line workers from danger.

But event before the pandemic, companies were turning to robotics and automation at a record pace. We want to help start you on that journey. In this guide, we will focus on why to automate, what we mean by automation these days, highlight different types of robots and automation systems, and put the wheels in motion to make sure you have the right team ready to automate.

You’ll find that automation has never been easier, more cost-effective, or more powerful than it is today. But as with any journey, you need to take the first steps to arrive at your destination.

Automation is not a new concept – the industrialized world has been automating physical tasks and processes for hundreds of years in different fields. For example, look at the cotton gin and harvesters in agriculture. There’re conveyor belts and assembly lines in early factories. Even the personal computer in the 1970s and 1980s automated some tasks, from word processing to bookkeeping.

Today, there’s a convergence of technology: Robotics, machine vision, and other automation technologies – combined with the power of artificial intelligence – are empowering unprecedented improvements in precision, speed, and quality. These technologies, combined with the growth of cloud computing, advances in high-speed wireless and cellular networks, and continued improvements in microprocessors, have allowed new companies -- and new industries -- to embrace opportunities in automation.

At the same time, the need for automation continues to grow. Shifting demographics in certain countries mean the population is getting older, requiring more assistance from technological solutions. A 2018 study by Deloitte and The Manufacturing Institute predicted more than 2 million unfilled manufacturing jobs in the United States by 2028 as baby boomers exit the workforce and fewer younger workers enter the field. In Japan by 2040, almost 40 million people will be older than the age of 65. That will be 35% of the country’s population.

These labor shortages will affect companies’ ability to serve their customers. The rise of online shopping (an exploding trend even before the pandemic) saw many companies struggling to fill orders quickly, as workers and existing processes couldn’t keep up.

Automation proponents often use the phrase “Dirty, dull or dangerous” to describe the types of tasks that automation can perform. Think about the workers who have to inspect a sewer tunnel, the infrastructure underneath a bridge, or check for cracks on a wind turbine. Consider the types of repetitive stress injuries that workers frequently endure. Automation can keep workers away from hazardous material and away from dangerous environments.

All of this is leading companies to implement automation at even faster pace. In the supply chain space, for example, 72.8% of respondents to IDC’s Supply Chain Survey said, “Robotics will be important or very important to their organization in three years.”

Jordan K. Speer, a research analyst with IDC Retail Insights, believes “intelligent robotics will speed and improve the flow of goods through the warehouse and [distribution center] while freeing humans to focus on other tasks that involve human strengths such as creativity, critical thinking, fine-motor coordination, and customer engagement.”

The good news for companies looking to quickly automate is that the cost of entry into automation is much lower than in previous years. Developments in technology and lower costs for equipment are giving small and midsize companies the opportunity to explore automation.

Depending on the system or type of robot deployed, companies can see a return-on-investment in six to 15 months on average. With ongoing improvements in software, automation is becoming easier to deploy and easier to use - existing staff on a factory floor can quickly learn to operate a robot rather than relying on a roboticist or engineer, in many cases.

2) WHAT CAN YOU AUTOMATE?

In all likelihood, there are already several parts of your business that are automated already (using computers, assembly lines or other machinery in production) – the question here really should be, “What do we automate next?”

A key to success can be to think small – rather than attempt a complete overhaul of your business processes. Evaluate the parts of the business that can benefit from adding an automation technology.

For example, in a factory setting, do you have workers handling quality inspection on a manual basis, or could you benefit from a system where a robot arm picks up a machined part and uses a machine vision camera to scan for irregularities?

In a warehouse shipping dock, how much time is spent by workers who are loading and unloading shipments with pallet jacks or forklifts, and could they do this safer through robots? In a hospital setting, could your nurses benefit from a mobile robot that delivers medication securely through the halls so they can spend more time on patient care?

In exploring these business processes, check off the tasks that fit into that “dirty, dull, or dangerous” area, and you should be able to find something that could benefit from advanced automation or smart robot systems.

3) IDENTIFY THE TYPES OF ROBOTS OR AUTOMATION YOU MIGHT NEED

The world of automation features many different types of task solutions and equipment varies. Each of these performs different tasks and has different capabilities. It’s helpful to understand some of the differences between them in order to choose a system is right for your automation challenge. Here are some examples: 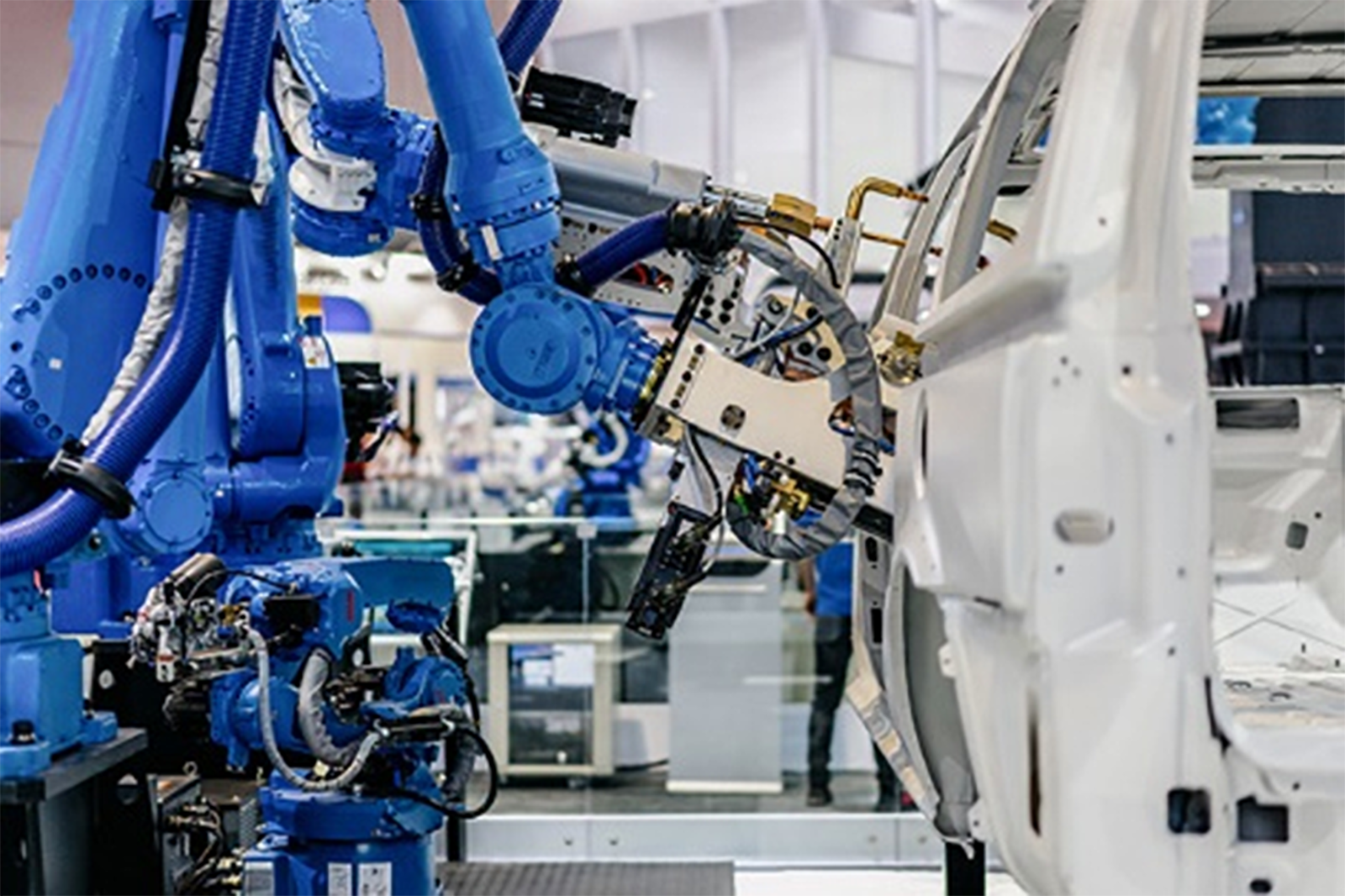 Additional technologies beyond a robot or automation system are being deployed as well, including:

This is just the starting point - in almost every field, new robots and automation systems are popping up to offer solutions to help companies become more efficient, solve labor shortages or improve dangerous tasks.

With an understanding of the types of processes you would like to automate and the type of equipment that your company will need, the next step is to make sure you have the right team with you on your journey. It’s not just about deciding to automate – having the right partners with you for the ride is just as important.

With the right team in place, you will be able to identify the problems you are trying to solve, as well as the business case for automation. You won’t be just automating or adding robots for the sake of automation or because “robots are cool.” A good team can help you stay focused on your goals.

First and most important, it’s key that employees are involved in the project from the start. Coming in and announcing to workers, “We’re going to automate with robots” will trigger reactions such as “We’re going to lose all our jobs” or “We’re going to be replaced.” Instead, engage your employees from the start so they understand that robots or automation will help them in the long run – it will replace tasks, not jobs, which will allow them to use their human intelligence to perform better in their jobs.

For example, a warehouse worker who has to pull a cart and walk miles per day collecting orders can instead be placed near the shelves to pick orders as a robot approaches them to deliver the items to a packing station. Or, that worker can be deployed at a packing station to help assist with the delivery of packages that robots bring to them. Instead of loading and unloading heavy boxes on a pallet all day long, a human can instead monitor the operations of a pallet lifter or autonomous forklift that does all of the heavy lifting.

In addition, you can explain to employees that working with robotics and automation can help them advance in their career rather than just having a repetitive, manual labor-type job.

Once you have employees on board, the next step is to find the right partners, whether this is a robotics and/or automation provider, or a systems integrator that has expertise in a specific automation process or task.

Keep in mind that services from robotics and automation companies vary. Some robot manufacturers work with integrators to sell the robot to an integrator, who then works with companies to install and deploy them. Other robot companies may sell robots to a distributor, and some sell directly to end customers and handle their own deployments. Others still utilize a “robots as a service” approach that treats their robots as being leased by a customer, with the robot company offering maintenance and monitoring services. Often, it may depend on whether the company deploying the system wants to treat the automation project as a capital expense (CapEx) or operational expense (OpEx), as well as the type of system being deployed.

Keith Shaw is a general partner of Robotics Data LLC, which provides reports and analysis on robotics companies across industries being disrupted by automation. He is also the managing editor of Robotics-World, which covers the world of automation and robotics from design through deployment.