How Swarm Bots will Change the Construction Industry

Swarm-bots are a technological marvel that takes the benefits of robots and combines them with the power of large numbers. 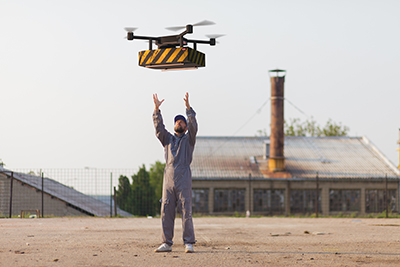 In the construction industry, safety is paramount.  Some environments during construction phases are obviously unsafe and don't have viable human solutions -- ask a worker to reinforce a levee wall while it’s failing, and you will get “no” as a response. But, what if you could build that wall without risking life and limb? That’s where swarm-bots come in.

Swarm-bots are a technological marvel that takes the benefits of robots and combines them with the power of large numbers. The idea is to utilize very simple robots in large numbers to build a design without central guidance. These robots have limited physical abilities and limited programming, and yet can build amazing things. By working in this way, a large number of low-cost, simple machines can rapidly create structures in places where higher capability machines would be cost-prohibitive and the risk to humans would be too great.

One such example of swarm-bots takes their inspiration from the lowly termite. Despite its diminutive size, the termite is one of nature’s most ingenious builders and, in large numbers, is capable of creating amazingly complex mud structures. How the termites do this is interesting as they do not follow the commands of a central “architect” termite, but rather the rules of behavior are imprinted in its DNA.

Using the termite as their example, the team at Harvard's Self-organizing Systems Research Group built a group of swarm-bots that are capable of building a brick wall. Give the swarm-bots the final design, set their rules for operating, and set them to the task. The swarm-bots will go about building the wall, working as a team while maneuvering around the other swarm-bots. Each robot in the swarm will grab a brick, or work collectively to do so, and place them in open slots until the wall is finished. If one malfunctions, the others continue the work and all you lose is the productivity of the one robot. With no central control, a single point of failure does not exist, improving reliability and redundancy. Just like the termite, the swarm-bots can rapidly, safely, and effectively create structures in almost any location.

The best part of this is construction workers won’t lose their jobs, which seems to be the biggest fear of automation. Swarm-bots will perform the jobs that are too high-risk for human workers, the jobs that aren’t getting done now. Want to colonize Mars? Send swarm-bots and supplies to create the infrastructure to allow for safer human habitation. Have a levee failing because of flooding? Send in swarm-bots and supplies and keep the human workers safely away from the area and working on other issues. With swarm-bots, you gain capabilities to increase construction activity as they perform the dangerous jobs, reducing risk to the point where humans can begin working.

Extremely simple, low cost, and effective, swarm-bots can turn areas that are too dangerous for human workers into opportunities for immense growth. Construction technology advances such as this will be the catalyst for future advancements such as cities beneath the sea or colonies on other planets. Swarm-bots won’t take over the construction industry, they will help expand the industry’s capabilities.

To learn about other types of swarm-bots, visit the RIA blog to read about microscopic, 3D printed robots.