The Rise of Robots-as-a-Service

The “as a Service” philosophy is becoming more prevalent in today’s working environment and is spreading to new aspects of work.

Robots-as-a-Service (RaaS) is bringing the benefits of automation to small business. Visit the Robotics.org blog to learn more. 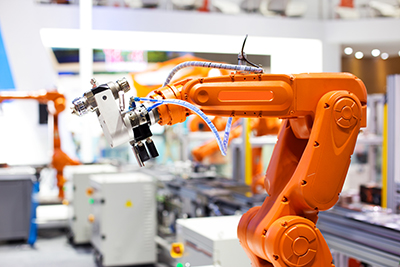 Maybe you’ve heard of Software as a Service (SaaS), and maybe even Platform as a Service (PaaS). The intent behind these “as-a-Service” implementations is to democratize the technology while lowering the barrier to entry for businesses, large and small alike.

The “as a Service” philosophy is becoming more prevalent in today’s working environment and is spreading to new aspects of work. One of those new arenas is “Robotics-as-a Service” (RaaS).

RaaS takes the capabilities of robotics and removes the upfront cost of typically expensive automation upgrades. RaaS is a cloud-based “robotic rental” system that allows users to incorporate the capabilities they need when they need them, upgrade or downgrade systems as requirements change, and install robotics without requiring the necessary infrastructure required by more traditional robotics implementations. RaaS works by utilizing on-site robotic hardware with cloud-based programming and automation, allowing the users to supply power, train the robot, and begin using it. This capability allows users to rapidly spool up production, reduces the upfront installation costs, and adjust capabilities on the fly.

Typically, a robot installation requires large amounts of computing power, utilities, and knowledge, and that’s just to get it installed. The cloud-based robotic system removes a lot of the upfront requirements, as the computing power and knowledge are already established at the service provider, leaving just the requirements for the on-site hardware (physical installation and power).  Having an established control system and control infrastructure greatly reduces the initial outlay to the user, as they don’t have to purchase those items in addition to the robot.

Robots in Retail Stores are Making a Big Impact

Additionally, as requirements change, the system can be upgraded or downgraded as necessary.  This prevents unnecessary robots from taking up much-needed resources like floor space, electrical power, and computing power.  Instead of repurposing a now obsolete robot for a job it may or may not be suited for, a new robot that is matched to the job can be brought in and begin producing while the old robot is returned to the service provider.

Examples of Robots-as-a-Service include:

Further examples of markets primed for RaaS implementations abound, as the reduction in resources makes these systems more easily available to companies.  If you’re trying to figure out how to improve productivity or reduce risk but have always thought robots were out of your price range, RaaS might be the answer for you.