Robotics in Agriculture: Types and Applications 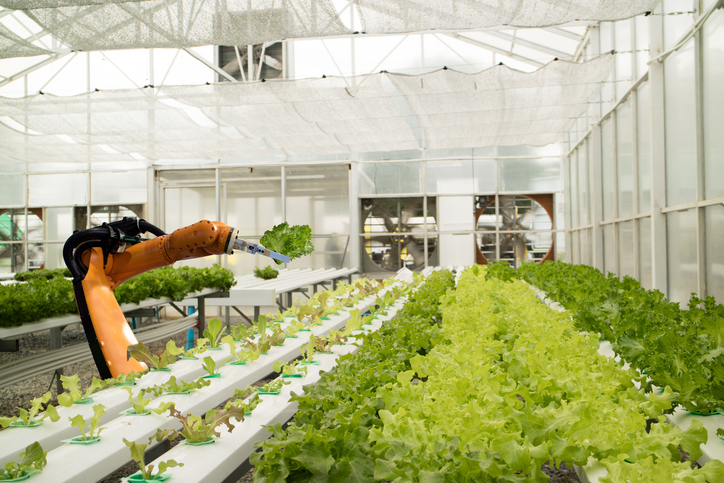 Agriculture is quickly becoming an exciting high-tech industry, drawing new professionals, new companies and new investors. The technology is developing rapidly, not only advancing the production capabilities of farmers but also advancing robotics and automation technology as we know it.

At the heart of this phenomenon is the need for significantly increased production yields. The UN estimates the world population will rise from 7.3 billion today to 9.7 billion in 2050. The world will need a lot more food, and farmers will face serious pressure to keep up with demand.

Agricultural robots are increasing production yields for farmers in various ways. From drones to autonomous tractors to robotic arms, the technology is being deployed in creative and innovative applications.

Agricultural robots automate slow, repetitive and dull tasks for farmers, allowing them to focus more on improving overall production yields. Some of the most common robots in agriculture are used for:

Harvesting and picking is one of the most popular robotic applications in agriculture due to the accuracy and speed that robots can achieve to improve the size of yields and reduce waste from crops being left in the field.

These applications can be difficult to automate, however. For example, a robotic system designed to pick sweet peppers encounters many obstacles. Vision systems have to determine the location and ripeness of the pepper in harsh conditions, including the presence of dust, varying light intensity, temperature swings and movement created by the wind.

But it still takes more than advanced vision systems to pick a pepper. A robotic arm has to navigate environments with just as many obstacles to delicately grasp and place a pepper. This process is very different from picking and placing a metal part on an assembly line. The agricultural robotic arm must be flexible in a dynamic environment and accurate enough not to damage the peppers as they’re being picked.

Harvesting and picking robots are becoming very popular among farmers, but there are dozens of other innovative ways the agricultural industry is deploying robotic automation to improve their production yields.

The demand for food is outpacing available farmland and it’s up to farmers to close this gap. Agricultural robots are helping them do just that.

Agriculture has quickly become a high-tech business. If you want to learn more about emerging robotics industries, join companies like Amazon, Microsoft and GM at the annual A3 Business Forum to network with leaders in the automation industry.