How Cobots are Automating the Aviation Industry 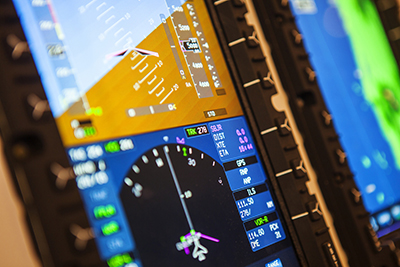 Robot Use in Aircraft Construction

Aircraft manufacturers have added automation to many areas, but a large number of processes still occur manually. Adding collaborative robots to the aviation industry is more complex than other industries. Many aviation components are custom-made in lesser quantities, and aircrafts require work to be performed at varying angles with various material thicknesses and diameters.

Some manufacturers are testing exoskeletons (robots that can be “worn”) to assist humans with physically-demanding work. These systems can help workers move and lift heavy loads or perform taxing work, like riveting. Some riveting is already performed by collaborative robots, but for places they can’t reach, skilled workers in exoskeletons could fill the gap.

Robots are also being used to test aircraft systems. A robot that can perform cockpit control panel testing is able to reduce one to two hours of human labor. The robot checks the switches, lights, and the brightness of an aircraft’s LED displays. This results in huge savings for the aircraft industry as panels with no faults take time away from workers that could be spending their time working on an actual problem.

The UR3 collaborative robot arm is in testing to be used by Boeing as a robotic co-pilot. The creation of a portable and extensible hardware and software toolbox will add new levels of automation to aircraft and reduce crew requirements.

But the robotic arm is only one part of the cockpit automation system. The system includes sensors, a tablet used as a human interface, and flight-control and mission software. The collaborative robot allows the system to interact with cockpit controls designed for humans. The goal of the automated cockpit system is to keep pilots performing at peak capacity, resulting in efficiency improvement for the aviation industry.

A major benefit of the cockpit automation system is its ability to rapidly train on a new aircraft. The system can acquire extensive knowledge of flight dynamics, aircraft procedures, and general airmanship in less than a month. And it can do so with the use of machine vision by visually gathering information without the need for access to aircraft avionics.

The pilot will have an intuitive interface to collaborate with the automation system. The reassignment of cockpit roles will increase the efficiency of current flight operations. With the addition of collaborative robots, humans can perform the tasks best suited to humans, and automation can handle the tasks best for automation.

Learn about cobots by visiting the Collaborative Robots section at Robotics Online.