Manufacturing automation experts say that introducing industrial automation has become a faster process. The companies interviewed for this article agree that one of the most important aspects of automation is to start with small projects that bring immediate success. Collaborative robots can be used in many ways and robots-as-a-service can be added remotely. 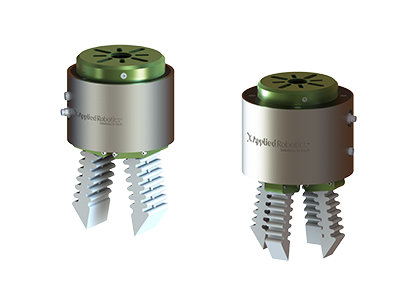 Collaborative robots are a key in the incremental increase in industrial automation for many companies. They come in a crate and are easy to program. Stefan Casey the chief operating officer of Applied Robotics says “Companies don’t need to hire a full-time programmer every time they want to bring something in. In my view, that’s the most powerful thing with collaborative robots, their ease of use.” Collaborative robots offer a way to start small, Casey says. “Not everything from A to Z needs to be automated. Find a critical and achievable start. We always use the acronym SMART for goals (Specific, Measurable, Achievable, Relevant, Time-Based) or even KISS, Keep It Simple Stupid.” It makes more sense to automate one small section than to try to automate everything. He says that during the pandemic, the use of robots shifted mostly from automotive manufacturing to applications in a wider variety of industries. This has made for some exciting new applications.

At Applied Robotics, improving a company’s automation also means creating the best end-of-arm tools and tool changers for its customers, and educating clients about how and when to implement tool changes. Casey says: “The robot moves things from point A to point B, and the challenge comes with grabbing a part and being able to hold that part in a way that it doesn’t change position or doesn’t move in that transition to the next stage in the process.” Applied Robotics’ engineers and others have created soft grippers for food. “You see a big emergence of soft grippers, ones that are really meant for food handling applications,” he says. “Food handling has always been a challenge because of how delicate you need to be and how variable the products are. The product changes shapes and forms and textures.”

Companies do well to understand the limits of their production line and add more automation strategically, he says. With new automation, the key is to be flexible. “There are some applications that deserve to be automated and should be automated to help their process flow. And there are some pieces along their process that are very much meant for a human to perform.” Careful analysis is a key to effective automation. This shows two cobots working together in a system doing 7 different manufacturing tasks.

Workers assisting robotic welding find that instead of spending about two weeks to program a robot to weld effectively, a collaborative robot can be programmed in about 20 minutes. This is a big win for companies introducing this automation. “With hardly any programming experience, they can get in and have that torch go across the surface pretty accurately,” according to Glenn Archer the vice president of sales and marketing for Melton Machine and Control. Melton Machine’s founder was an engineer who developed a welding torch controlled by a camera to follow a curve. Earlier applications included bicycle frames, and the company soon found its techniques were useful in the automotive industry, Archer says. Companies often look at their toughest problem first. Archer tells them, “Let’s solve some simple problems.” It helps if someone in the company says, “I am the champion of this kind of robot, or this technique, and look at the great success we are having out of it,” according to Archer.

Newcomers to robotic welding are surprised when robotic welds fail. He says often they didn’t understand their raw materials. When welding,  “a human being can make an adjustment for something that’s off by a quarter of an inch.” But robots always go to the same place, so when two pieces don’t match up, the raw materials need attention, Archer says.

In the automotive field, the first place robotic welding was used, customers learned that they had to pay more for raw materials to make sure that the tolerance levels were high enough. Now small and middle-sized companies are learning the same lessons about importance of quality robotic welds, including tolerances, materials, and accessing new, easily programmable collaborative robots. Robotic welding is continually growing in use. “It’s like déjà vu. We’re back to explaining to people that you’ve got to have a good fit up on your parts,” Archer said. 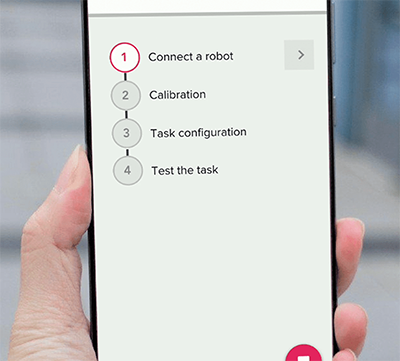 More companies are turning to robots-as-a-service, a software-based automation solution that can save money and works remotely. Aivero, a Norwegian company founded in 2017, is completely remote. Christian Rokseth, a cofounder, says robots-as-a-service makes sense now for several reasons. One is the price of cameras. Systems that cost 50K five years ago now have cameras priced as low as a few hundred dollars. Martin Svangtun, another cofounder of Aivero, says, “We launched our robot-as-a-service a couple of months ago. We are in the very beginning, but we have several of these in use and a lot of interest in fields like e-commerce piece picking, machine tending, and general robot applications.” Svangtun continues, the solution is powered by the company’s proprietary 3D depth compression and streaming software, which enables 3D perception applications to run natively in the cloud in real time. Aivero suggests that companies who are beginning to automate pay attention to data collection. A good AI tool requires a significant amount of data, Svangtun says, and high-quality 2D and 3D imaging data is essential to train robots and make them perform reliably. Rokseth says, “Our robotics solution is based on our core technology which involves compression and streaming for 3D video and imaging.”

Aivero’s robot-as-a-service is user-friendly, so that anyone comfortable with a smart phone can use it without the need to know deep learning, he says. Rokseth advises that a company with low automation start slowly, offering a proof of concept before scaling. Using edge processing hardware that is robust is cheaper, too, he says. Cost-efficient hardware makes a difference. “If you're looking at sort of a brownfield approach, then I would say incremental automation is the key to get the barriers down and get started without a lot of investment,” he says. A large US company that needed an automated solution for gathering 3D data recently signed on with Aivero’s robot-as-a-service. Another new customer is a global manufacturer of electronics that wanted low-cost robots and hardware. Working in the cloud is a key part of these solutions.

Applied Robotics, Melton Machine, and Aivero all agree that increasing automation is most effective when it’s done slowly, incrementally, and with small projects that prove the use of the technology in question. It is easier to increase automation when you start with a win.

Companies new to automation may want to look here for guidance.