What Is An Image Sensor? 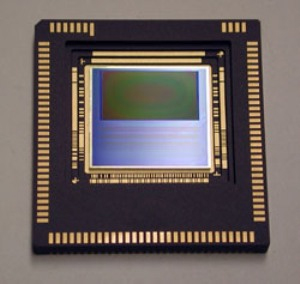 The size of a digital camera’s image sensor is one of the most important specs in determining overall performance. Even the simplest machine vision and imaging devices have these sensors; they would be useless otherwise. But what are image sensors, exactly?

What Makes a Digital Camera a Camera? The Image Sensor is King

An image sensor is a device that allows the camera to convert photons – that is, light – into electrical signals that can be interpreted by the device. The first digital cameras used charge-coupled devices, facilitating movement of the electrical charge through the device so it could be modulated. They were invented in 1969 at Bell Laboratories, an unexpected result of semiconductor research.

Using similar technology, the first commercial digital camera came about in 1973. It was a Kodak product, but never reached the mass market at the time. Nonetheless, the development of more sophisticated image sensors continued apace. Today’s small, yet powerful silicon-based image sensors show up in all kinds of devices: Scanners, mobile phones, webcams, and more.

The bigger your sensor, the better your image – but how does it work?

Most digital cameras now use a standard configuration: A 2D Bayer arrangement of RGB color filters sits atop a pixel array. Each pixel has a photodetector and absorbs filtered light for one of the primary colors. In addition to RGB, there are specialized or legacy filter arrangements like CYGM.

After light strikes the photodiodes in the image sensor, the “picture” is converted into electrical signals and pushed on to several internal devices in turn: A serial shift register, capacitor, and amplifier. Finally, the analog-to-digital conversion takes place. This transforms voltage signals into binary values that can be processed and stored.

Although there are many kinds of image sensors, CMOS sensors have captured the imagination of today’s vision system engineers. CMOS – Complementary Metal Oxide Semiconductor – allows the data of each pixel to be read individually. This provides the most sophisticated and granular level of control over the image. These image sensors can perform well at very small sizes, so they appear in camcorders, smartphones, and many other portable applications.

There are several specialized image sensors, but until recently, most have been variations on the CMOS. Now, innovative technologies such as Back-Illuminated Sensors are starting to appear. These enhance an image sensor's performance by increasing the amount of light it can capture.

Many components play a role in how an imaging system works, but the image sensor is perhaps the most important. With sensors growing more precise daily, the standards of quality for consumer and industrial imaging have never been higher.