Maxon is Flying to the Sun

In February, Solar Orbiter will start its mission to provide scientists with new data about the Sun. Swiss research and engineering have played a significant role in the construction of the space probe – including drives from maxon.

The European Space Agency (ESA) wants to study the Sun up close.

Next month, the agency will be launching the Solar Orbiter space probe, which is equipped with ten measuring instruments. Scientists hope that the mission, which will last several years, will provide them with new insights into phenomena such as the solar wind, as well as the complex dynamics that are responsible for solar eruptions. Solar Orbiter will fly within 45 million kilometers of the Sun – closer than Mercury, its nearest planet. At this distance, the side of the probe facing the Sun will be exposed to intense heat: more than 500 degrees Celsius. A heat shield will protect the valuable instruments on board the probe, equipped with shutters to provide a view of the Sun only when measurements are being taken. 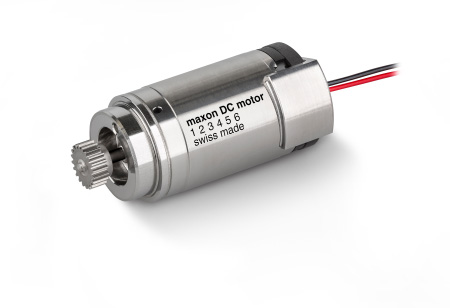 The same applies to the spectrometer-telescope for imaging X-rays (STIX), whose purpose is to study solar eruptions more closely and may even assist in predicting large-scale eruptions in the future. STIX was developed at the University of Applied Sciences and Arts Northwestern Switzerland (FHNW) in collaboration with several industrial partners from Switzerland, including Almatech. Swiss drives made by maxon are among the components used in the X-ray telescope. Two specially modified DC motors with diameters of 13 mm move an aluminum attenuator, which slides in front of STIX's 30 detectors as required. The micro drives are wired in parallel and can be used together or individually. This ensures that they'll run smoothly for the entire five years planned for the mission. The design is based on micromotors that will soon be used in ESA's ExoMars Rover. The key factors when selecting the drives were their low weight, energy efficiency, and resistance to vibration.

Solar Orbiter is one of ESA's flagship projects and has cost more than a billion Swiss francs. After its planned launch in February, the probe will journey for almost two years before it can start taking measurements. The mission is scheduled to end in 2025.

From the Sun to Mars

While Solar Orbiter approaches its launch date, preparations are underway for the next two major Mars projects, which are scheduled to start in the summer of 2020: NASA's Mars2020 Rover and ESA's ExoMars Rover. The aim of both missions is to provide new information about the Red Planet, answering the age-old question: Has there ever been life on Mars? Mars2020 will also carry a small helicopter to deliver a proof of concept that flights are possible on Mars despite the very thin atmosphere.

maxon drives are used for mission-critical tasks in both projects, including wheel drives, handling of soil samples, and steering the Mars helicopter.

Should You Repair or Replace Your Electric Motor?