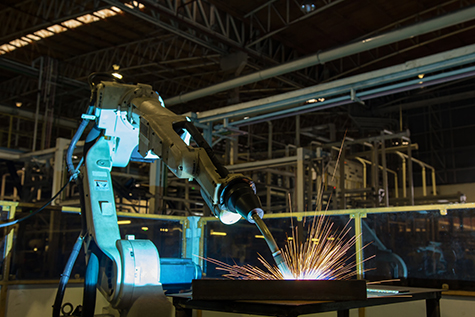 In the United States, manufacturing accounts for $2.17 trillion in annual economic activity. Believe it or not, more than 98% of U.S. manufacturers qualify as small businesses. Facing global competition, they must leverage every advantage to remain effective.

Manufacturing automation has been an essential part of this. Yes, that means robots!

Automation empowers small American businesses to stand toe-to-toe with entrenched rivals around the globe. With greater technical know-how and stronger strategy, these companies can continue to produce quality goods at affordable prices.

But how does automation facilitate all that? What’s the secret?

Let’s look at some of the key benefits that automation offers:

End-to-end factory automation can double or even triple production compared to plants that use only a few automation systems. Not only that, but equipment can often be kept running for longer periods of time with comparatively little impact on the maintenance outlook. This lets companies outperform even rivals with much simpler or low-quality goods. 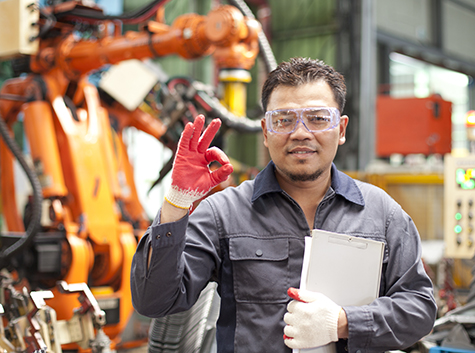 Through automation, the complex process of fabricating a product can be simplified to its most basic components. Automation systems can be continuously upgraded until they are as efficient as possible: Generating little waste heat, using the minimum power, and focusing on controlled and precise movements. All this makes manufacturing cheaper, which cuts cost and raises profit.

Even the most sophisticated robotic system is useless without human insight to guide it. When automation is deployed in a factory, it means team members no longer have to worry about the most dangerous and dirty tasks. Life-threatening processes are often the first to be delegated to robots. That reduces accidents and helps workers maintain their health over time.

There’s another way in which workers benefit from automation: The ability to focus on strategic, high-level tasks that really use their expertise. Tedious manual labor can simply be left to the machines. Instead, manufacturing personnel can focus on the best way to improve efficiency on the floor, expand their products’ capabilities, and many other engaging tasks.

There's a good reason why manufacturing automation is being adopted from coast to coast: It benefits everyone. Thanks to automation, even small companies can bring about groundbreaking innovation that may be adopted around the world. Today, we're in the midst of a new automation boom that promises to fundamentally transform how manufacturing is done.