| By: John Gallagher, Special to A3

The Association for Advancing Automation asked former Detroit Free Press Business Columnist John Gallagher to examine the state of manufacturing during the coronavirus crisis. Here’s his special report for A3: 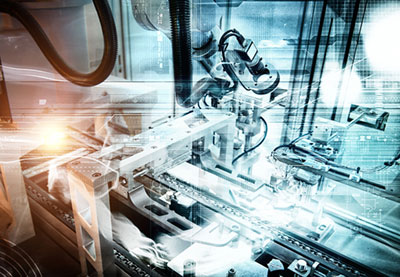 The COVID-19 pandemic has delivered a gut punch to American manufacturing. But the picture, while grim, is by no means the catastrophe of our worst fears.

Factories have idled or slowed production to allow deep cleaning and to protect workers. Supply chains have been disrupted. Shortages of products from medical supplies to, yes, toilet paper are the stuff of headlines.

But U.S. manufacturers have been swift to respond. Many manufacturers are switching production from their usual product lines to turn out badly needed medical supplies. Workarounds are being found for disrupted supply chains. Factories are figuring out how to keep their people safe while still producing what the market needs.

And with Congress and President Donald Trump now agreeing on a $2-trillion economic rescue effort, money will soon be available to both small businesses and larger industrial operations to see them through the crisis.  The relief package agreed to this week would send $1,200 checks to many Americans, create a $367 billion loan program for small businesses, and establish a $500 billion lending fund for industries, cities and states. Trump has committed to signing the legislation.

What follows is a quick survey of the state of manufacturing in late March as the coronavirus crisis puts more and more parts of American life on hold.

The latest numbers
A newly released survey of manufacturing leaders conducted by the National Association of Manufacturers hints at the level of disruption as the situation unfolds. In the survey, which was in the field from Feb. 28 to March 9, 78.3% of respondents say that the COVID-19 outbreak was likely to have a financial impact on their businesses; 53.1% of manufacturers were anticipating a change in their operations in the coming months; and 35.5% said that they were already facing supply chain disruptions.

The numbers presumably will look even more dire as the crisis deepens, although hard numbers are difficult to come by yet. The Organization for Economic Co-operation and Development, an intergovernmental economic body with 36 member countries, predicted this month that economic growth among its members will slow this year from the previous forecast of 2.9% to $2.4% -- down but remaining positive.

In response to the crisis, NAM President and CEO Jay Timmons called on Congress to enact a sweeping agenda of steps to keep the factories humming. Besides a relief package, NAM also suggests a designation of manufacturers as “essential” to ensure the supply of critical products; incentives for airlines to expand cargo capacity and prioritizing medical cargo on both passenger and cargo flights; and many other measures. NAM’s full policy action plan can be found at www.nam.org.

The impact on supply chains could exacerbate problems already there because of trade and tariff disputes with China. Reaction to the virus, particularly in China where much industry faced shutdowns for a time, is likely to lead to yet more steps to diversity U.S. manufacturers’ supply chains to build more resiliencies into the system.

With the crisis relatively new and still developing, opinions vary as to how bad the impact on manufacturers will get. But University of Michigan economist Don Grimes says the nation’s producers may weather this crisis somewhat better than the collapse of the Great Recession of 10-12 years ago, especially if the current abrupt work stoppages don’t last that long.

“We might get a little better rebound in manufacturing and autos this time than we did (last time) because, at least under the better scenario, it’s not going to wipe out so much permanent wealth of people,” he said. “They’ll lose income for a month or two, but they’ll presumably begin to get it back as opposed to the much more severe effect 10 years ago.”

And Grimes says the nation is in much better shape to weather this crisis than in 2008, when the financial markets imploded and dragged down everyone with them.

A problem, of course, is that uncertainly over how long the crisis lasts makes forecasting all but impossible, said Charles Ballard, professor of economics at Michigan State University.

“If it’s weeks or a small number of months then the first and second quarters of this year will have noticeable damage in the economic data but by fall we’ll feel like things are semi-normal again,” Ballard said. “But if it takes multiple months before things can get back going, the longer this goes the harder it gets.”

Even as the crisis deepens, there were more hopeful signs beginning to emerge from the gloom. Among them:

Indeed, the panic buying of toilet paper – probably one of the stranger facets of the coronavirus crisis – doesn’t reflect the reality of ample supplies in the pipeline. Once shelves are restocked with toilet paper, one analyst quipped, “Nobody is going to buy it, because who needs to buy toilet paper when you got a year’s worth sitting in your garage.”

And while the slowdown in vehicle sales and other output will be painful, the downturn may not look as bad as in past recessionary periods. This month, Morgan Stanley forecast that U.S. vehicle sales would drop 9% this year to 15.5 million units, down from 17.1 million in 2019. As painful as that may be, it would be easier to bear than the plunge in sales during the Great Recession, when annual vehicle sales dropped to about 9 million.

That sales drop of a decade ago proved especially dire for factory-dependent Michigan, where total manufacturing output slid 25% from 2007 to 2010. It took several years to grow back to previous highs.

Keep Calm and Carry On

Much uncertainty remains and U.S. manufacturers are still going into this crisis rather than beginning to emerge from the far end of it. But suffice it to say that this crisis will end, sooner or later, and then manufacturers will take the lessons they’ve learned and use them to be that much more ready for the next one.

“We live in highly unusual times,” says economist Grimes. “When we get done with this, we’ll all have great stories to tell about how we lived through this age of the virus.”

What Are the Main Advantages of Robot Preventive Maintenance?