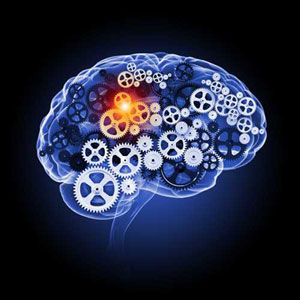 For decades, automation depended on electromechanical relays as the primary control fabric. Relays were basically designed to turn things off and on. As a result, even control of a simple task required nested layers of relays: one relay to turn the equipment on and off and a second relay to turn the power off and on to that first relay. Each had to be wired independently. Except for the most simple designs, systems quickly became expensive, complex, and power-hungry, as well as consuming a significant amount of space for the cabinet alone. Even worse, those walls of relays offered little flexibility. Making changes to the function or operating parameters of the machine typically required wholesale changes to the hardware, which was expensive, time-consuming, and difficult.

Programmable Logic Controllers (PLCs)
The PLC is a ruggedized control device consisting of a microprocessor and memory, along with select peripherals. Initial devices were programmed using ladder logic, to make them user-friendly to electricians accustomed to relays. More recently, in keeping with the IEC 61131 standard, they can be programmed with a variety of other languages, including structured text and function block.

PLCs deliver several key benefits compared to relays. They’re more compact – even for highly complex systems, the walls of relays reduce down to a much smaller number of PLCs. They’re more energy-efficient and economical. They’re also more robust. They were designed from the beginning for use in extreme environments, making them able to tolerate shock and vibration, extreme temperatures, EMI, and contamination. The biggest benefit, though, is that the level of flexibility they offer. Many changes can take place in software rather than hardware.

PLCs are good at tasks like counting and timing, and managing I/O. Although initially they only had discrete logic capabilities, modern versions support analog functions. Most devices today feature built-in connectivity. This is important because for all of their logic capabilities, PLCs are limited in functionality. Although a PLC can handle a few axes of motion, the update rates can be too slow for any but the most basic applications. Systems with higher axis counts and more highly synchronized motion work better with a combination of a PLC to run the machine and a dedicated motion controller to close the velocity and position loops on the individual axes. This both improves performance and reduces the computational burden on the PLC, freeing up cycles for other activities.

The downside of this centralized motion control architecture is that it requires long cabling runs between controller, drives, and motors. These, in turn, add cost and points of failure. In addition, this centralized control cabinets occupy valuable floor space and require active cooling to avoid electronics failures, all of which further boost price tag and complexity.

Alternatively, the motion control tasks can be taken on by smart drives. Early on, these types of distributed motion control architectures were only considered appropriate for simple moves; they could not, for example, effectively describe a circle. Today’s smart drives not only support basic motion but can be daisy chained together in master-slave architectures to support sophisticated motion profiles and paths. These drives are robust enough to be mounted out on the machine without the protection of a climate-controlled cabinet. Some versions also support safety functionality that can be used to both protect operators and improve throughput and reduce downtime.

Programmable Automation Controllers (PACs)
The types of PLC-based systems described above can be effective but require expertise, time, and effort to implement. In the 1990s, vendors began developing control devices that integrated logic and I/O with additional capabilities. In 2001, the ARC Advisory Group (Dedham, Massachusetts) came up with the moniker PAC to describe this new approach. It’s a term that generated a certain amount of controversy as simply a new word for a highly functional PLC but increasingly the industry has coalesced around PACs as a distinct product class.

PACs include multiple processors to address a variety of functions beyond just basic logic and I/O. These capabilities include digital (e.g. motion control), analog (e.g. process control), and serial (I/O from test equipment, keypads, scanners, etc.) tasks. Because PACs already include these functions, they eliminate the time and effort involved in integrating a PLC with the motion controller, for example. As a result, they’ve grown increasingly popular in discrete manufacturing.

PACs support a variety of programming languages and connectivity options. They can be based on PLCs or on dedicated processors. Those equipped with custom processors have a higher rate of functionality – 100,000 I/O points, for example, compared to only 1000 or a PLC-based version. That said, for all but the largest and most complex operations, PLC-based PACs can do the job nicely. Interestingly, the latest ARC Advisory analysis, which reports that In discrete manufacturing, PLC-based PACs have begun capturing PLC market share to a degree that they predict that demand for pure PLCs as replacement parts will surpass their use in new builds (another announcement likely to generate controversy).2

PC-Based Control
Another control option that delivers even greater levels of flexibility is soft motion enabled by PC. In keeping with the general trend across technology of software-defined functionality, PC-based motion lets OEMs easily customize their system while remaining more or less transparent to the controls hardware. The approach gives integrators and OEMs the freedom to choose their functionalities and languages to suit their application. It’s an approach that is much more appealing to those with an IT/programming background.

Early on, the PCs used in manufacturing had significant issues with reliability. Unlike PLCs, which were designed from the beginning for operation in harsh environments, the PCs used in discrete manufacturing were commodity machines that could not tolerate the conditions of a typical factory environment. The Windows OS made them vulnerable to system instabilities and also interference by operators. That has changed, however. Today’s industrial PCs have been ruggedized, top to bottom, with environmental protection and removal of any moving parts. Hypervisors like VMware allow a single core to be divided into multiple discrete partitions that run independently of one another, right down to the operating system. This enables a motion application to run on a partition with Linux or a robust proprietary real-time operating system (RTOS) while remaining completely isolated from a Windows partition supporting the HMI or a machine vision system.

Embedded controls
At the opposite end of the spectrum lie embedded control systems that leverage field programmable gate arrays (FPGAs) to customize performance using hardware rather than software. For assistance with unusual requirements that can’t be satisfied by conventional control solutions, FPGAs provide a more accessible solution than the more expensive and difficult-to-develop application-specific integrated circuit (ASIC). The approach can be used to address one-off, high-performance projects like a segmented telescope with multiple thousands of actuators that can’t be addressed with a conventional PLC/PAC solution. Alternatively, FPGAs can be used to offload tasks like control logic and I/O triggering in highly complex systems, freeing CPU cycles to handle more complex tasks like trajectory generation.

The foregoing is a high-level summary of these control options. That said, each exists on a broad continuum, overlapping with the others at the high end and low end in the Venn diagram that is motion control. Some of today’s most sophisticated PLCs can deliver performance approaching that of simpler PACs. The best PACs boast processing power to rival soft motion. Even relays have gotten into the picture, adding a certain amount of programmability.

Finding the most appropriate solution for your application requires taking into account not just functionality and performance but cost, lifetime, the skill sets of those who will be building and maintaining the system. Work closely with your vendors and end-users to ensure that you are creating a systems scalable enough to support your manufacturing needs for the next decade or two, but also a system that the end-users will be able to maintain at peak performance for all of that time.

With the Significant Acceleration in the Use of Robots in U.S. Factories, Patti Engineering is Prepared to Assist

Vision Control Motion with PLC on the Azure IoT Cloud