How Brexit Will Impact Industrial Automation and Manufacturing 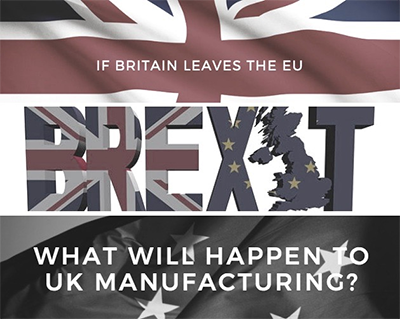 Somehow it still seems like a joke that only happens in the movies. But folks, this is real life. The United Kingdom (UK) decided to leave the European Union (EU) and fend for themselves in what has become a populist conceptual trend in 2016: isolationism. So even though most people thought it would never happen - even the experts predicted an 80% chance that it wouldn’t go through - it did, and the UK will leave the EU in a process that should take at least 2 years to complete.

No one even knows what the actual process is for exiting, which tells you how unprepared and unexpected this scenario is. But now that the dust has settled, we must try to understand how this will affect the markets, specifically our own: the industrial automation and manufacturing industry.

The Brexit will obviously affect the UK the most. Almost all experts believe that growth will deteriorate in the UK until at least 2018. In the worst case scenario, the UK will fall apart and see a full blown economic recession, and short term frictions will be followed by the exodus of manufacturing and the stock exchange. Given the significance of trade with Europe and trade agreements negotiated through the EU, there are serious implications for the supply chain, such as the application of tariffs. A potential long-term scenario is that companies suffer from trade hurdles. A domino effect kicks in and the EU shrinks to a core with only a few countries left. 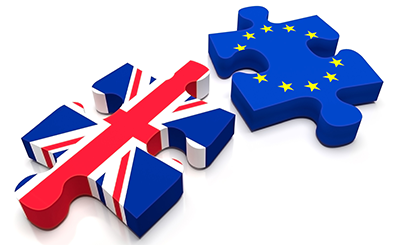 In the best case, the UK will return to the status quo with higher costs after short term frictions and market downturn.

The most likely scenario, however, is that the UK experiences short term frictions followed by 3 to 5 years of struggling. Manufacturing will partly exit and move to Europe, while UK growth slows down. Private and institutional investors may withdraw money out of emerging economies. This has a negative impact on the manufacturing market and may lower automation growth in Latin America as well as Southeast Asia and Africa.

If you are a manufacturer in the United States (US) making hiring and capital spending plans, there is a lot to be worried about globally. It is important to note that Europe is a key market for manufacturers in the US. US-manufactured goods exports to Europe totaled $280.6 billion in 2015. In addition, the UK is the US’s 5th-largest trading partner ($48.6 billion), with Germany at No. 6 ($44.6 billion). What’s more, manufacturing companies have a significant presence in Europe, including headquarters and production facilities. Therefore, the US needs a strong and vibrant Europe — one that continues to buy American products. That is true regardless of whether the UK is part of the EU or not.

It does create some challenges for businesses, particularly those that have a presence in the UK as a gateway into Europe. This is especially the case for the financial sector in the UK, but it is also the case for manufacturers. Those firms will likely watch the upcoming negotiations closely, ensuring that their ability to trade with the continent and others remains unabated. 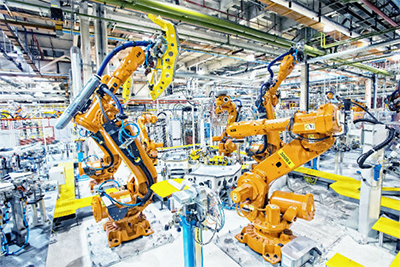 There is a possibility that the Brexit could push the EU automation markets into recession, exceeding the 2009 crisis. Other impacts, such as the oil price, developments in China, the brain drain in manufacturing, etc. have not even been considered yet in this context. Whether manufacturers will choose to locate or develop their operations in the UK, with the possibility of tariffs in place, remains to be seen. It will likely be dependent on the upcoming negotiations with Europe. Once again, government action will be important to help ensure that the UK remains an attractive location to invest both in manufacturing and other key contributors such as science and technology.

As for job opportunities, there are very real implications to the access to engineering talent. Manufacturers will need to consider their strategies. Considerations include retaining their non-UK workforce, attracting non-UK based expertise, and developing talent on a much greater scale than they do currently. This UK decision, however, could also potentially be a good thing by leading to opportunities for manufacturers; a drop in the value of sterling could make the UK a magnet for trade, and the need to reshape trade policy may result in quicker decision making and reduced red tape.

No matter how the situation ultimately resolves itself, one thing is certain: European industrial automation and manufacturing nations will be looking to get the biggest bang for their buck. Companies will look to optimize as best they can and search even more for the golden goose of superior quality precision products at an affordable price. Software solution alternatives like KINGSTAR for motion control and machine vision will be the safe havens that European, APAC and North American companies rush to in order to mitigate uncertainty and continue to provide high quality precision performance products in the most cost-effective manner.

Regardless of the tactics manufacturing companies ultimately decide to pursue in Brexit’s uncertain and unpredictable world, organizations will need to consider the tactical, short term implications, particularly relating to market volatility and the impact on trading. However, the importance of maintaining a focus on the longer-term planning while in the midst of a tactical response is paramount.