We’ve been hearing a lot lately about the metaverse. Though the concept is far from new and the name itself is 30 years old, the hype cycle is in full swing, with headlines like “Everyone wants to own the metaverse, including Facebook and Microsoft. But what exactly is it?” appearing in mass media with increasing frequency.

While people may not fully agree on what it is and when it will get here, one thing is clear: The metaverse is all about virtual avatars in a virtual world doing virtual things. Unless we all end up hooked to machines that keep us alive while we gallivant in a virtual world a la The Matrix, we are still stuck with the real world, climate change and all.

Help is on the way. In fact, it’s already here. A new generation of smart robots with various degrees of autonomy are taking on a number of tasks that we humans are less inclined or too fragile to handle. This may range from individually zapping weeds in farms with lasers to moving millions of packages per day toward their destination. Robots may even be making your food in a ghost kitchen and delivering it to your doorstep.

The roboverse represents the growing number and types of robots around the world, connected to the cloud and orchestrated through technologies being pioneered by various startups and organizations. Just like the metaverse, the roboverse bridges the physical and digital realms, but rather than transporting people to some fantasy world, the roboverse goes in the other direction. As I wrote in an earlier article, we can now have software-defined X, where any task “X” in the physical world can be controlled through software.

If you are used to massively multiplayer online (MMO) games like World of Warcraft and EVE Online, virtual worlds like Decentraland, or if you’ve read/watched Ready Player One, then you’ll be familiar with non-player characters or NPCs. These are avatars that are not controlled by an actual user but rather help the world in which the games take place work. You can think of robots as real-world versions of NPCs.

Having machines controlled through software is far from new. What is revolutionary is that the current generation of autonomous robots use sensors and artificial intelligence to perceive and make sense of the world around them, allowing them to operate with a degree of local autonomy that traditional industrial equipment didn’t have. Autonomous mobile robots (AMRs) can navigate in complex, unstructured environments like a retail store, an airport or a farm and are smart enough to carry out simple tasks (e.g., determining that there is a person in front of them or deciding to swerve around an obstacle). Cobots can work side by side with humans, slowing down and applying less force to make sure nobody gets hurt, or can be paired with computer vision systems to pick random items from a bin or table.

However, many of these robots today operate in a largely disconnected or siloed fashion. Robotics companies end up reinventing the wheel, and traditional industries that have not embraced digital transformation are still clinging to outdated concepts, with fixed production lines, fixed functions and disconnected machines.

In order to fully realize the promise of the roboverse, companies must leave behind these older ways. The companies that embrace cloud-connected smart robots working together with other robots and with people will leave their competition behind.

In gaming, this would be the difference between playing a standalone, disconnected game and an online experience collaborating with players from around the world to achieve a shared objective.

The metaverse promises to help us escape the world we live in, to go play in an imagined, and presumably more enjoyable, virtual world. And if you die in the game, you’ll just respawn and start it all over again. It’s a consequence-free world. 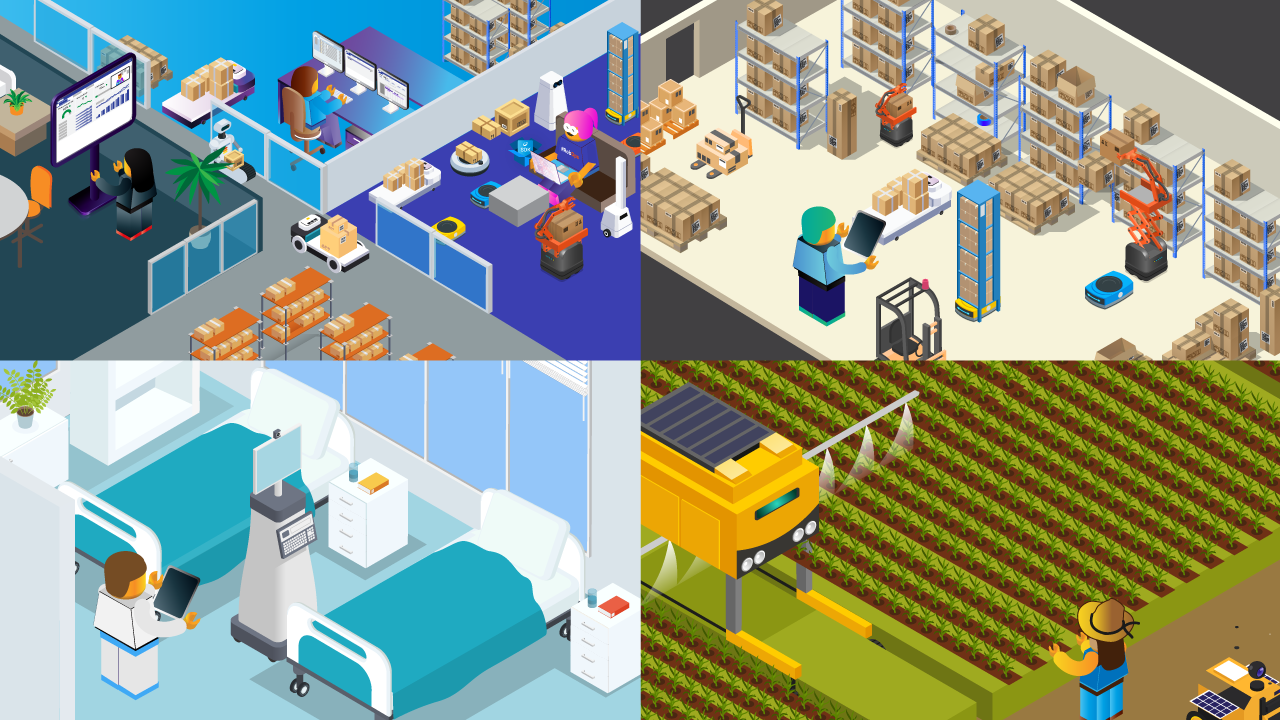 The roboverse, on the other hand, is actually making our real lives in the real world better. As more robots are deployed around the world, the possibilities for combining their work to carry out more complex missions grows exponentially. All of this is enabled through software in the cloud that orchestrates the work of robots. The work these robots do in the roboverse makes a real difference.

The real world is getting a lot more interesting than any virtual world.

* This article was originally published on Forbes.com

Calculating Your ROI for Robotic Automation: Cost vs. Cash Flow