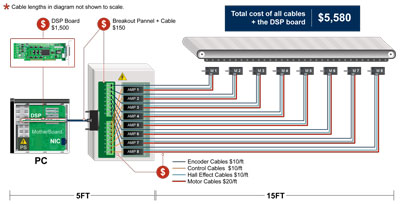 The KINGSTAR Platform is based on the innovative open standard network technology known as EtherCAT. It is an open and industry standards-based technology that allows engineers to streamline motion control automation effectively. Additionally, it allows customers to develop products without relying on proprietary black box technology offered by most motion control providers. 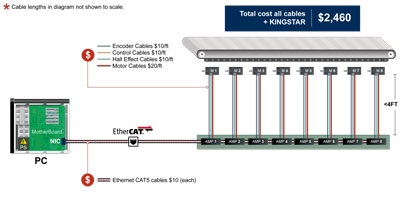 PCs support wired and wireless Ethernet connections which facilitate sharing that is not supported by dedicated hardware systems. As a result, PC-based software motion systems support cost-effective, easy, flexible and remote sharing of information. For instance, if a business encounters a problem with their remote machine, it can rely on Windows or similar technologies to control the remote machine from their head office regardless of its location.
Cost-effective

Unlike traditional controls whose hardware system is expensive and difficult to control, PCs can be mass produced, making them highly cost-effective. Though some experts argue that industrial PCs and their required application sizes do not always amount to low-cost solutions, other software motion experts point out software motion system characteristics that make them cost-effective.

The software development cycle is much shorter than that of hardware. With software, if you want to change certain features, you simply alter a few code lines and you are good to go. This makes software motion control inherently more flexible. Also, since software motion control uses less hardware, there are fewer core components that could break. This boosts its reliability.

Jerry has over 25 years of experience developing high performance motion control and vision systems, as well as developing real time software to control automation equipment. Prior to joining IntervalZero, Jerry was the Software Development Manager at Pitney Bowes, where he helped develop very large scale mailing and sorting machines. He was brought there in 1999 to help develop a purely software based motion control system. These systems used custom ethernet based servo amplifiers and could have over eighty servo motors on one machine.

3-Minutes: How RTX Transforms Windows into an RTOS