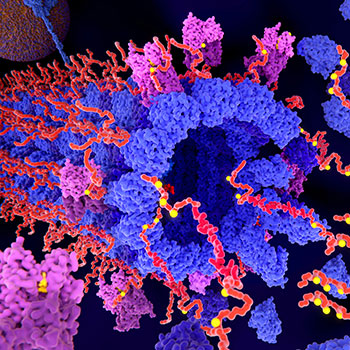 Mass spectrometry combined with artificial intelligence (AI) is expanding capabilities for the research and analysis of proteins in the field of proteomics.

Proteomics is a branch of biotechnology concerned with analyzing the structure, function, and interactions of the proteins produced by the genes of a particular cell, tissue, or the entire organism. Scientists record and study protein expression patterns in response to a stimulus.

The simultaneous study and analysis of proteins is central to the understanding of life processes and disease. Until recently, the analysis of data collected from techniques using mass spectrometry to determine the type and quantity of proteins in a biological system produced many mistakes. New developments leveraging AI are enhancing the capabilities of mass spectrometry, facilitating such research as a search for biomarkers found in patients’ blood or urine and monitoring the effectiveness of drug therapies.

One such development is “Prosit,” an AI software developed by a team at the Technical University of Munich (TUM) led by bioinformatics scientist Mathias Wilhelm and biochemist Bernhard Küster, Professor of Proteomics and Bioanalytics at TUM. Using proteomic data to train a neural network to recognize proteins quickly and with almost no errors, the software uses all the information of the spectra for the identification process. Delivering both speed and accuracy, with the help of 100 million mass spectra, the algorithm has been so extensively trained that it can be used for all common mass spectrometers without any additional training.1

Artificial intelligence is opening possibilities for the development of power instruments that can be leveraged by researchers, pharmaceutical companies, biotech companies, clinics, and others in the scientific community, for research and analysis of proteins that leads to better treatments for diseases in humans, animals and plants.