STXI Motion is a global engineering company that designs and produces motion control and servo solutions. Our mission is to enable machine builders to focus on their core business by offering unmatched service, support, and systems in the field of industrial automation. STXI provides dedicated R&D to develop technologies and products paired with complementary solutions, that deliver optimized motion systems under a trusted brand and single ownership.

While the Beckhoff controllers and TwinCAT software manage and monitor the workcell, the Servotronix. softMC multi-axis controller and ControlStudio software control the servo system or robotic arm.

From now on, applications programmed and executed in this way will have the best of both worlds – softMC’s high performance multi-axis motion capabilities with Beckhoff’s advanced control technology. 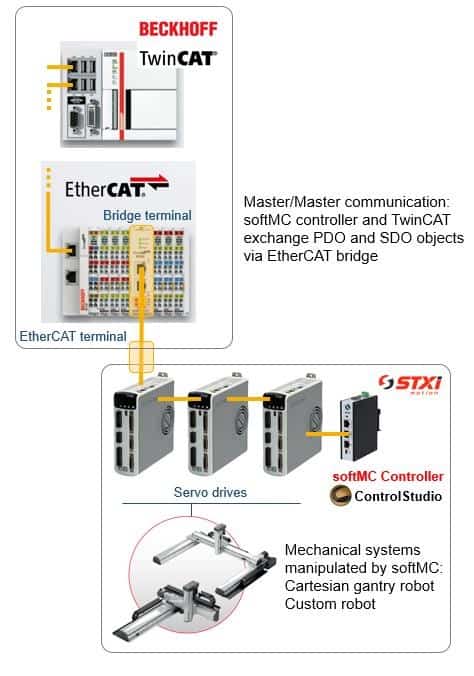 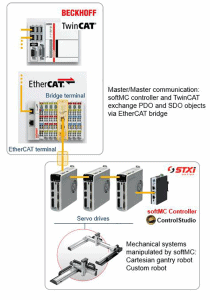 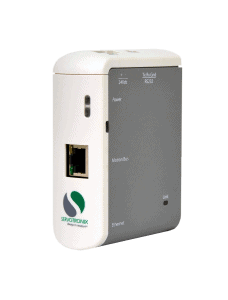 ControlStudio reads the next position command for each axis and moves the robot to the set positions according to softMC interpolation.