QuickSilver Controls, Inc. is a motion control product manufacturer based in Covina California established in 1996. QCI markets high-performance, cost-effective motion control products, servo controllers and motors for use in the Original Equipment Manufacturer market. Our innovative approach to solving problems inherent to modern motion control has kept QCI at the forefront of technology. We are continuously applying patented QCI intellectual property to solve new challenges in the motion control industry.

High pole count permanent magnet synchronous motors can be operated both as closed loop servos and as open loop stepper motors. The performance available from the same motor is greatly improved by operating the motor as a sinusoidally commutated servo motor.

Commutation
Open loop operation of the motor - that is stepper motor mode - is subject to significant torque drop out due to resonances from the interaction between the motor rotary inertia and the sinusoidal magnetic spring between the rotor and the stator. These resonances significantly reduce the available torque at speeds in the hundreds of RPM's.

Commutating the same motor with sine and cosine winding currents that are modified as the rotor rotates keeps the output torque approximately constant for a given commanded current. This changes the open loop i*k*sin(theta) torque constant of the open loop stepper into a constant i*k - that is the output torque for a given commanded current is no longer a function of angle. Making the torque no longer a function of angle by commutation removes the spring from the open loop stepper spring-mass system. Removing the spring removes the second order system that gives rise to the low frequency resonance, thus commutating the motor directly removes the low 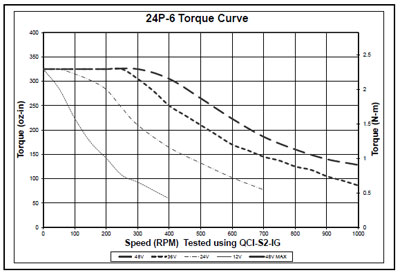 Keeping the commutation angle to keep the torque at its optimum for a given commanded current. This optimization as well as the inability of a commutated motor to lose synchronization allows the maximum torque to be utilized in commutated motors. Open loop stepper systems typically only use between 30% and 50% of the torque, holding the rest in reserve to prevent loss of synchronization, especially if the load can vary in operation. This means the same motor can effectively provide two to three times the torque when operated as a commutated motor as when it is operated open loop. Alternatively, the same motor can provide the same torque with one half to one third the current when operating commutated as compared to operating open loop. This significantly reduces heating in the system. Additionally, the current is only applied when the torque is required. The result is a higher performance system that uses less energy and operates at lower temperatures.

As can be seen, the low frequency and mid frequency resonances have been eliminated. The torque drops down at higher speeds due to the limited supply voltage interacting with the motor back-EMF. 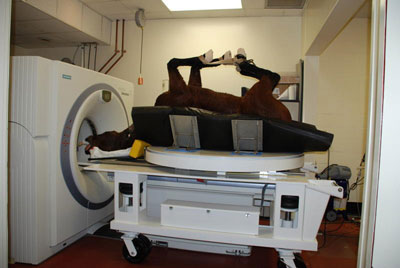 Commutating the motor makes it operate as a brushless PM motor. The same encoder used to commutate the motor is often also used as position feedback. The position feedback, when suitably implemented and tuned, can significantly enhance both following accuracy and the settling time of the system. The SilverSterlingTM system uses the PVIATM control system, which includes a simulated viscous inertial damper. The extra terms help improve the system phase margin for better control. The improvement is over a wide range of frequencies, unlike notch filters. This allows wide ranges of loads to be accommodated without retuning the system.

The system shown uses a direct drive lead screw (no gear head) to position a horse within the CAT scan machine for diagnosis and treatment. The PVIA control system was able to handle empty table to a 3000 pound horse and speeds from 0.1mm/second up to 4cm/second all with the same tuning with a 1 stack 34 frame motor.

Rapid indexing
The servo controlled system is also able to produce very rapid moves with fast settling. The chart below is for an 11 frame (1.1" square) 1.8 degree stepper operated in closed loop mode. It shows a full revolution, stop to stop in 28 milliseconds, settling to 0.4 degrees. In the process of doing this, the motor is ramping from 0 to 3150 RPM in approximately 9 milliseconds, slewing for 9 milliseconds, and then ramping down from 3150 RPM to stopped in 9 milliseconds, taking another 1 millisecond to finish settling down. 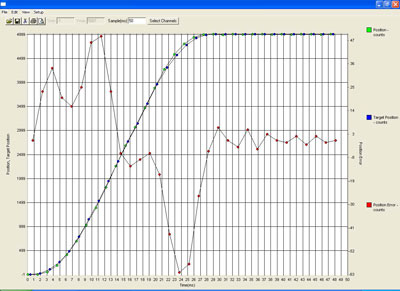 Quiet Operation
Step motors are not typically know for being quiet, but when run as commutated brushless motors with SilverSterling sinusoidal drives, the noise levels measured for a 17 frame motor remain below 50dBA up to about 400 RPM. This opens these motors up to applications not normally associated with steppers, such as animatronics. The high torque capability allows for significant power generation even at these low speeds, and often eliminates the need for gear heads.

QuickSilver Controls has been a pioneer in the servo control of these high pole count, high torque motors since 1996.