We are the smart inspection planning pioneers. We develop fully automated visual inspection solutions for a broad range of production lines and markets that help manufacturers reduce costs and improve quality and efficiency.

Air defense systems are designed to intercept and destroy short-range rockets and artillery shells fired from a distance of 4 to 70 kilometers. In the event of an attack on a target, an air defense system uses radar to detect the rocket launch and alerts a missile battery system. Data on the incoming rocket’s speed and trajectory helps direct an interceptor toward the target. It locks onto the incoming rocket and shoots it, destroying it in midair.

Interceptors feature miniature electro-optical sensors and steering fins with proximity fuse blast warheads. Accurate human inspection of these many small components presents an enormous challenge, especially given that mistakes could produce dire consequences. The missile electronics package alone has hundreds of inspection points, and spotting issues — including bent pins, missing pins, missing parts, or connectors that aren’t fully connected — could be the difference between life and death. 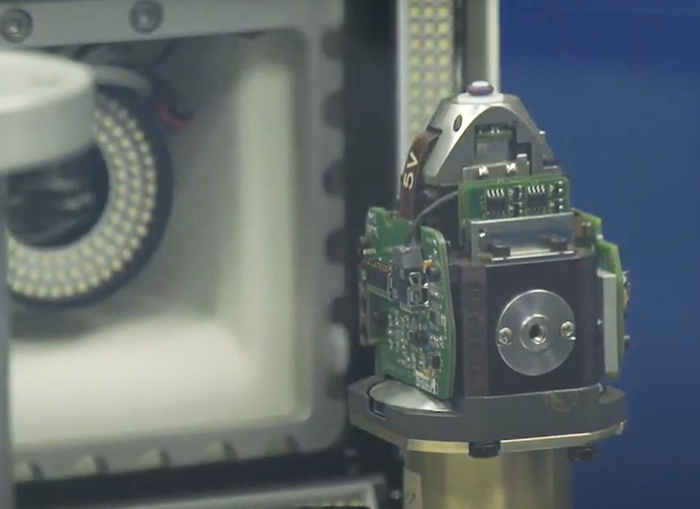 If the vision system inspects electronic pins or connectors for pin presence, even a slight change in lighting conditions can make a pin appear to be crooked or missing, and the system might then fail the entire connector. If the pin is a critical system component and the OEM must catch 100% of defects regardless of waste, the company may have to scrap 10%, 20%, or 30% of its production to meet customer specifications, resulting in unnecessary waste and costs. The opposite is also possible. A traditional machine vision system could pass a faulty electronic component and allow it to be integrated into a missile, an error that could have catastrophic ramifications in the field.

Another example involves glue. Traditional machine vision can reliably detect the presence or absence of glue but cannot determine if the amount of glue is too much or too little. Deep learning provides better accuracy for inspecting amorphous materials such as drops of glue or soldering points. If these materials go beyond a certain tolerance and represent a defect, that must be caught early on. Overall, manufacturers require not just automated inspection systems but also flexible inspection technology that adapts as products, processes, and environmental conditions change.

Seeking a method for detecting mistakes early in the process, a leader in anti-rocket missile defense systems contacted Kitov.ai to implement its hybrid, stand-alone visual inspection system into the production line of a key component. Kitov.ai’s system comes with several pretrained neural networks for locating and inspecting objects such as screws, surfaces, labels, and data ports. It can also be easily trained for new products. On an ongoing basis, Kitov.ai develops and adds new pretrained neural networks — referred to as semantic detectors — helping customers in a wide variety of industries solve their most perplexing inspection problems.

Kitov.ai’s intelligent robot planner uses mathematical algorithms to automatically maneuver a robot with a sensor head, without the need for operator input. The algorithms dictate where the camera moves, choose an illumination condition from a set of onboard lighting elements, and determine how many images to capture for each test point. Additionally, the software instructs the robot how to move optimally from point to point during inspection. After acquisition of data, Kitov.ai’s deep learning software classifies potential defects discovered by 3D machine vision algorithms.

Kitov.ai’s system has spotted errors in components that were previously passed by human operators. Had the system not caught the errors, the faulty components would have been sent to the next level and assembled into a missile.

Kitov.ai’s system handles a few hundred different inspection points on the electronic components and does so with consistency. Each component can be inspected in 30 seconds, compared to several minutes with manual inspection.

The system can detect any mistakes without compromise and is precise in the inspection tests, but even further than this, the defense company could investigate manufacturing failures using the system’s AI.

In terms of timing, the system was implemented into the production line within a month. Completing an initial inspection plan — which included a sophisticated PCB card that was difficult to inspect, as it was already in the final assembly stage — took a few weeks. For new products or components, Kitov.ai can develop an inspection plan in a few days, but it aims to condense this down to a few hours using the system’s sophisticated algorithms, robotics, deep learning, and big data capabilities. By implementing Kitov.ai’s system into its processes, the customer experienced a 25% increase in quality within one year and a return on investment in two years. 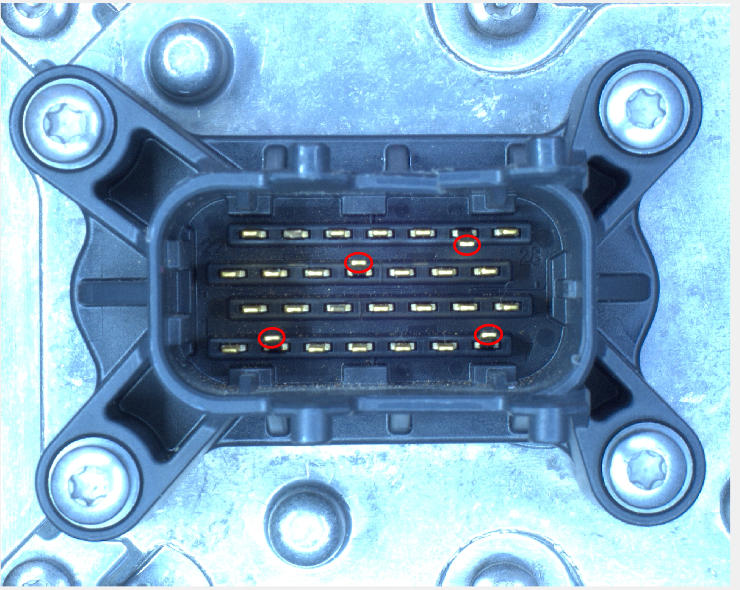 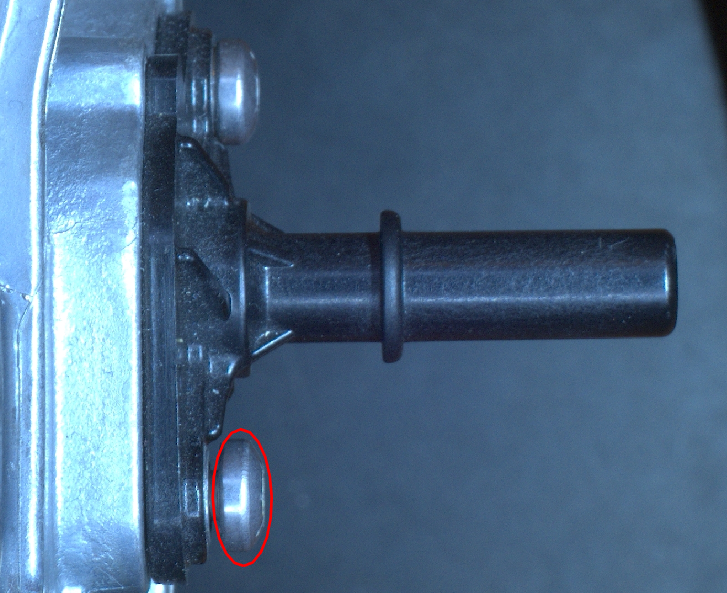 Kitov.ai’s system comes with pretrained neural networks for locating and inspecting objects such as bent connector
pins and untightened screws.

Benefits of deploying the Kitov.ai system did not end with identifying defects and errors. The company also used data collected by the system to influence the design and engineering of new parts and processes. Designing for manufacturability means designing products and components that are easy to manufacture and, in many or most cases, easy to inspect. To that end, Kitov.ai’s system looked at process engineering issues during batch analysis, identifying potential points of failure in the missile guidance system. This gave engineers a chance to redesign these points of failure and improve product quality.

Insights from the defects identified by the Kitov system allowed designers to make changes to some of the screws and how they lock together. Engineering measures were put in place to prevent any systematic failures, and spacers were added to a PCB assembly to improve grounding, a problem that the Kitov system discovered.

Furthermore, the Kitov.ai system efficiently replaces tedious manual labor and allows the company to run inspections for long periods of time. Human operators are available to add greater value in different areas of the manufacturing floor. Using the system for inspection has also improved morale among workers and satisfaction among customers.

Deployment of the Kitov system created a ripple effect, where workers were satisfied about pushing into Industry 4.0. The company’s reputation improved because customers could see that they are using leading-edge technology to detect any problems or quality issues in the very early stage.

WHY DOES YOUR BUSINESS NEED ROBOTS?

When Machine Vision Inspection Comes Up Short: Is “Almost” Defect- Free Enough for Your Customers?