Flexiv Ltd., creator of the world’s first adaptive robotic arm combining direct force control with advanced AI, has released an official white paper that both reviews the status quo of industrial robots and investigates the potential impact of new technologies.

In the white paper, the robotics and AI firm forecasts a future in which adaptive robots will revolutionize the world of industrial automation. 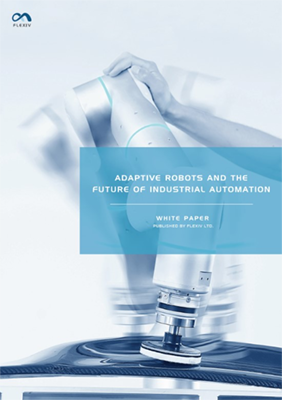 Flexiv defines this next-generation adaptive robot as one with high tolerability of position variance, great disturbance rejection and transferrable intelligence across different tasks. Embodying hand-eye coordination skills as a human does allows it to accomplish complex tasks and accommodate complex environments.

The white paper, titled ‘Adaptive Robots and the Future of Industrial Automation’, outlines the progress from the first industrial robots in the 1990s, ideal for tasks involving repeated trajectories, to that of the collaborative robots (or ‘cobot’), integrated with safety features that protect human from hazards in the environment. These days it is commonplace to see traditional robots and cobots operating in tandem in manufacturing plants. However, both kinds of robots have challenges to handle sophisticated tasks that require fine manipulation with hand-eye coordination, or to adapt to non-ideal conditions commonly exist in manufacturing lines. They also rely on engineers with advanced programming skills to ‘learn’ new tasks, and extensive time to fine tune the motion trajectory for consistent production quality. All of which impacts negatively on the flexibility, costs and overall efficiency of manufacturing.

Flexiv says that accomplishing tasks at more productive levels calls the next generation of automation, there is the need for a more flexible, intelligent and adaptive robot.

The adaptive robots that Flexiv is developing combine force control, computer vision, and AI to enable more difficult tasks, and an unprecedented level of adaptability – across multiple tasks and a wide variety of workpieces, in complex environments.

Such a powerful level of adaptivity in robotic arms will offer operators sizeable cost benefits not just from simplified setup and great robustness, but from keeping quality consistency, raising flexibility, simplifying production lines and the redundancy of safety measures, additional equipments or programming upgrades.

The white paper points out that the key factors to achieve adaptivity are force control technology with high accuracy and fast response and ‘hierarchical intelligence’.

Force control is not a new topic in industry, but its wide use is restricted since the existing hardware and software technology has not evolved enough for the cost and long-term reliability to meet the industry standard. The methodology Flexiv has developed to accommodate the needs of its robots’ force-guided tasks is different from that of traditional force control, resulting in unprecedented performance in accuracy and response.

The white paper says that the real potential of AI in robotics has not been fully exploited. It may not be long that AI of an adaptive robot will be able to understand the world and solve practical problems with the information in a completely new dimension.

The paper offers an example of a robotic arm polishing a curving object – in this scenario, the arm must quickly adapt to the shape of the object then adjust in a smooth manner its force and movement output, despite any unpredictable disturbance at the meantime. 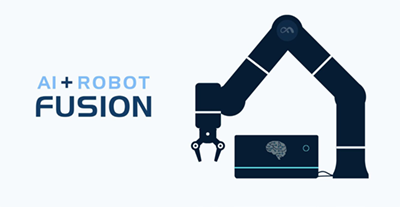 In proof-of-concept trials underway with world-leading manufacturing firms, Flexiv’s robotic arm ‘Rizon’ has been shown to successfully accomplish complicated tasks while significantly improving the level of flexibility in manufacturing plants. The company is developing customized solutions able to be applied across a wide variety of industries including manufacturing, logistics, healthcare, retailing and more.

Flexiv’s first applications to be launched to market will include plugging and assembling, curved-surface processing, as well as flexible picking and sorting.

About Flexiv
Flexiv Ltd. is a global leading robotics and AI company, focusing on developing and manufacturing adaptive robots which integrate force control, computer vision and AI technologies. Flexiv provides innovative turnkey solutions and services based on Flexiv robotic systems to customers in multiple industries. Founded in 2016, with a core team from robotics and AI laboratories at Stanford University, Flexiv has established offices in Santa Clara, Shanghai, Shenzhen, Beijing and Foshan.

Always maximize your time by educating yourself. Spend your time wisely folks!

Transforming how you program your robots