Nurses face the daily challenge of caring for an overweight population, which leads to debilitating injuries. A motorized lateral transfer device allows even the smallest nurse to move a heavy patient.

One of the growing problems facing the nursing career is a thinning staff, and with it the need to care for overweight patients with very little help. This effort has led to musculoskeletal disorders (MSDs) including back injuries, the most costly MSD injury. In fact, 12 percent of nurses leave the profession each year due to back injuries, and 52 percent suffer from chronic back pain. Those working in nursing homes have even a higher rate of injuries. Until recently, moving a patient was performed manually or with minimal automation. 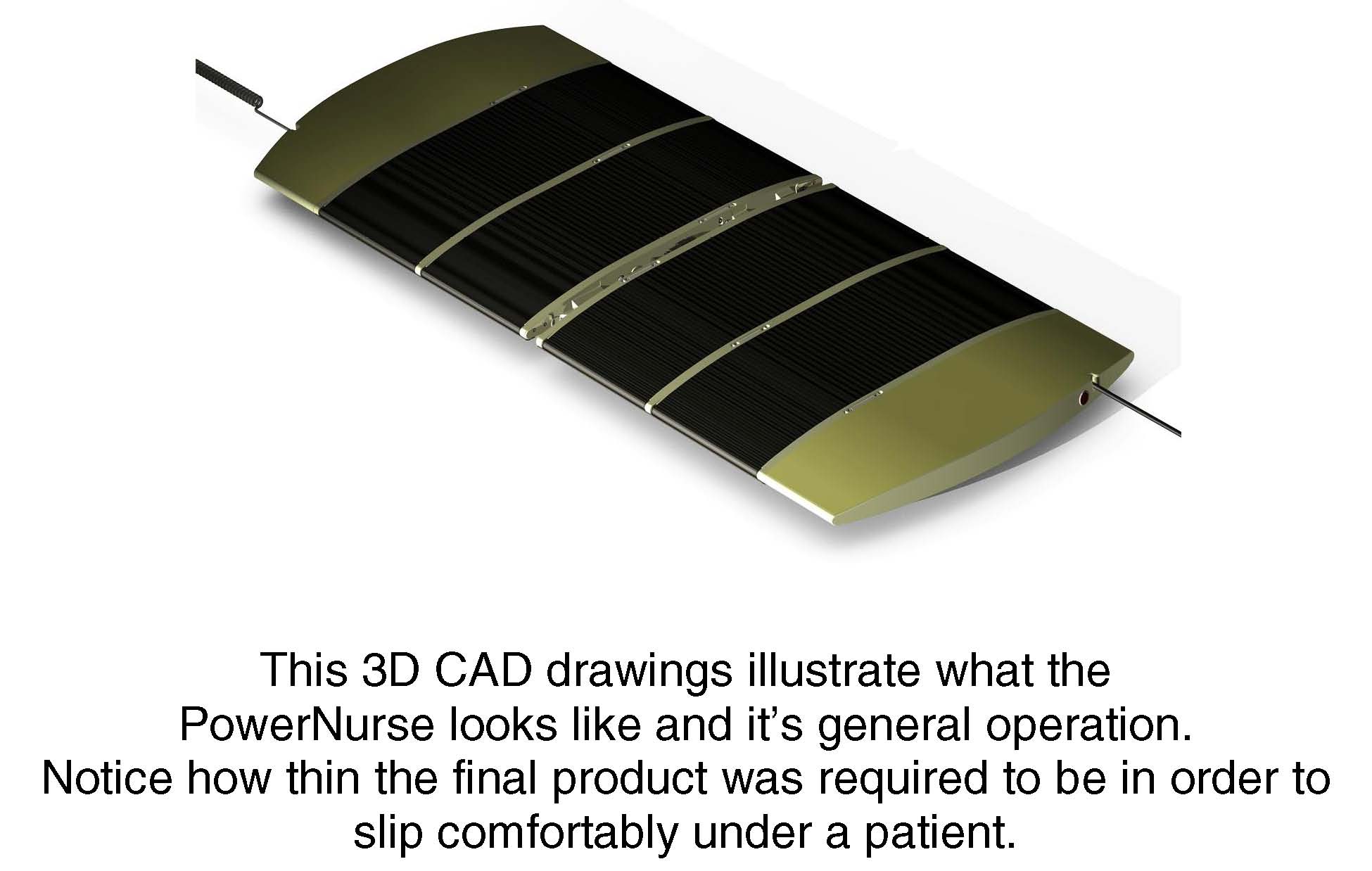 Allowing a single nurse to safely and comfortably transfer a patient without risk of injury required a fully automated device. Astir Technologies (Concord, MA) took this on as a goal, to use the latest technologies available to provide patient transfer in a manner that decreases hospital costs and reduces injuries to health care professionals, while minimizing the discomfort to the patient. With this in mind, the company designed and manufactured the PowerNurse™ for that purpose.

All of the mechanisms are packaged in a low-profile (74- x 28- x 2.3-inch) assembly that rides over a standard hospital stretcher. With the PowerNurse patients can be moved between hospital beds, stretchers, imaging equipment, operating room tables, and exam tables. According to Chris McNulty, Astir Technologies President and developer of the PowerNurse, “Other less expensive friction reducing devices decrease but do not eliminate the risk of nurse injury while performing a lateral transfer.”

As with other advanced designs, the PowerNurse was made possible with the advances to technologies and the miniaturization that has taken place in recent years. A critical area evident in the device’s design is that of the motors and gearboxes. High power rare earth magnets and advances in motor winding have resulted in high torque motors in small packages. “Maxon leads the industry with a wide selection of high end products that made it possible to lower the profile of the PowerNurse, leading to a more comfortable and effective product,” McNulty said.

Chris McNulty’s solution involves a series of conveyor belts, motors, and electronics that fit into a thin profile that allows the transfer of very heavy weights automatically. During development of his first prototype, over 400 pounds was easily transferred using 1/5th of the capacity of the 250 Watt Maxon EC45 motors designed into the device. This meant that the 120 Watt ECmax 40 motors could be used in the PowerNurse, while the larger EC45 motors could be used for a bariatric model in development 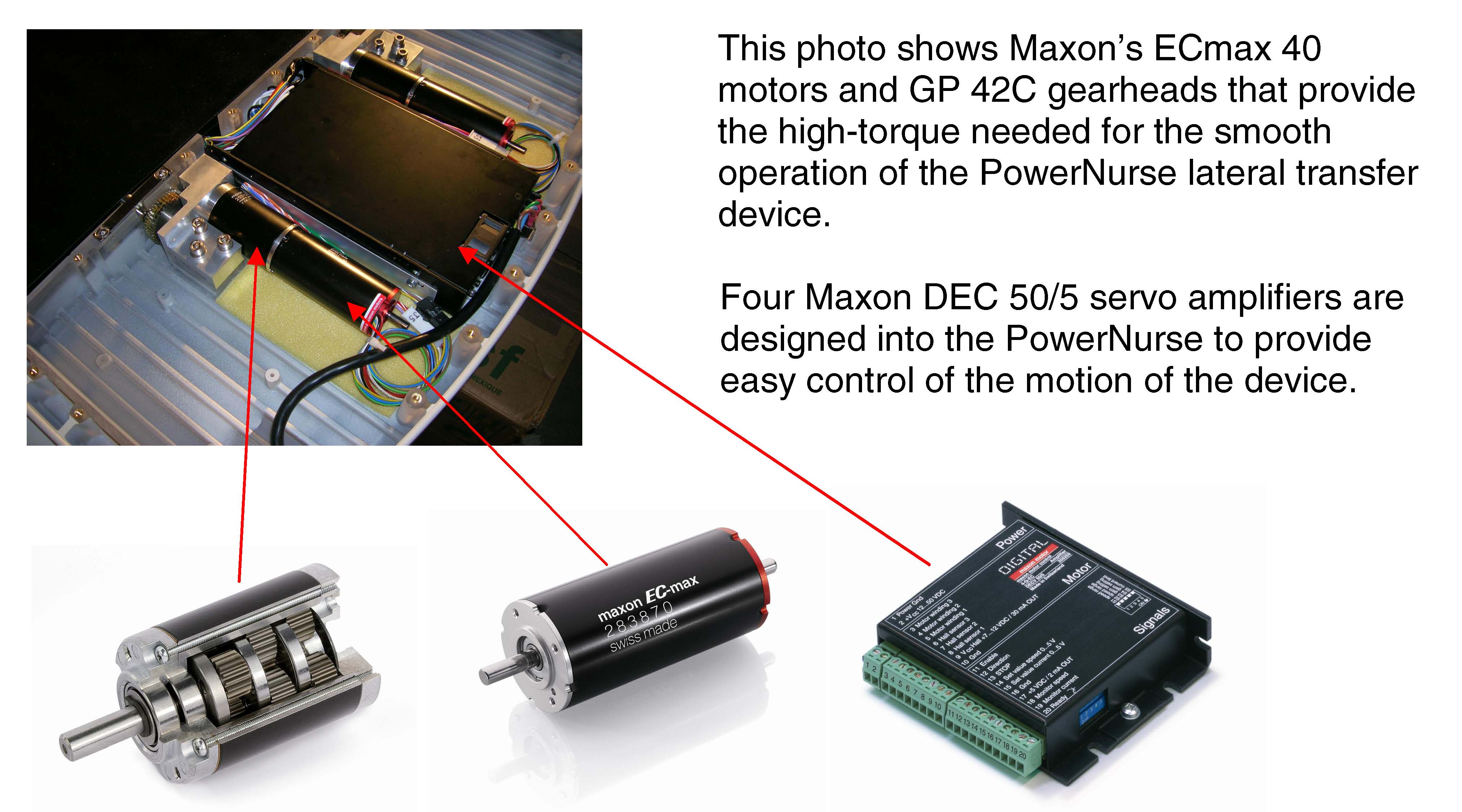 Originally, the PowerNurse traveled at only one speed (1 inch per second). Although this speed was fine for patient pick-up and delivery, it was too slow for the lateral transfer process. So, Chris incorporated a two-speed option into his beta model, where the device operated at 1- or 2-inches per second. “Maxon’s wide selection of gearbox diameters, gear ratios, and number of gear stages allowed us to fine tune the products overall speed while maintaining the highest level of torque,” he said. Paring the Maxon DEC 50/5 motor control with either the EC45 or ECmax 40 motor smoothed the design as well as the overall operation of the device. The PowerNurse incorporates four ECmax 40 motors; four GP 42C, three-stage, 43:1 gearboxes; and four DEC50/5 servo-amplifiers along with a 400 W, 48 VDC power supply.

A specific challenge in the development of the device concerned the drive rollers, which undergo tremendous torque delivered by the Maxon gearbox geared down even further through a 2:1 reduction to the drive shaft. This situation resulted in a lengthy process of evaluating knurled rollers, smooth rollers, and polyurethane coated rollers. In the end, the coated rollers delivered the response desired and handled the torque levels delivered by the motors very well.

An all push-button driven device requiring no software interface, the PowerNurseTM operates in three distinct modes: burrow, pad align, and transfer. During the burrow mode, belts are used to pull the patient onto the top of the device while belts on the bottom move the device under the patient. Done simultaneously, the result is the patient feels a much smoother transfer than with many other devices. In pad align mode only the top conveyor belts are energized. This aligns the patient and incontinence pad if necessary. Transfer mode energizes only the bottom belts, which transfers the PowerNurseTM, with the patient riding on top of the device, to an adjacent surface. Rotation and translation are available in any mode and the result is a tank-like translation or rotation. Four Maxon motors are required to achieve all of the device’s operational modes.

Astir Technologies is now investigating the addition of a yaw gyro for the system, to enhance the machine-human interface and bring the motor controls to a new level of performance. This is expected to make the PowerNurse even easier to use. 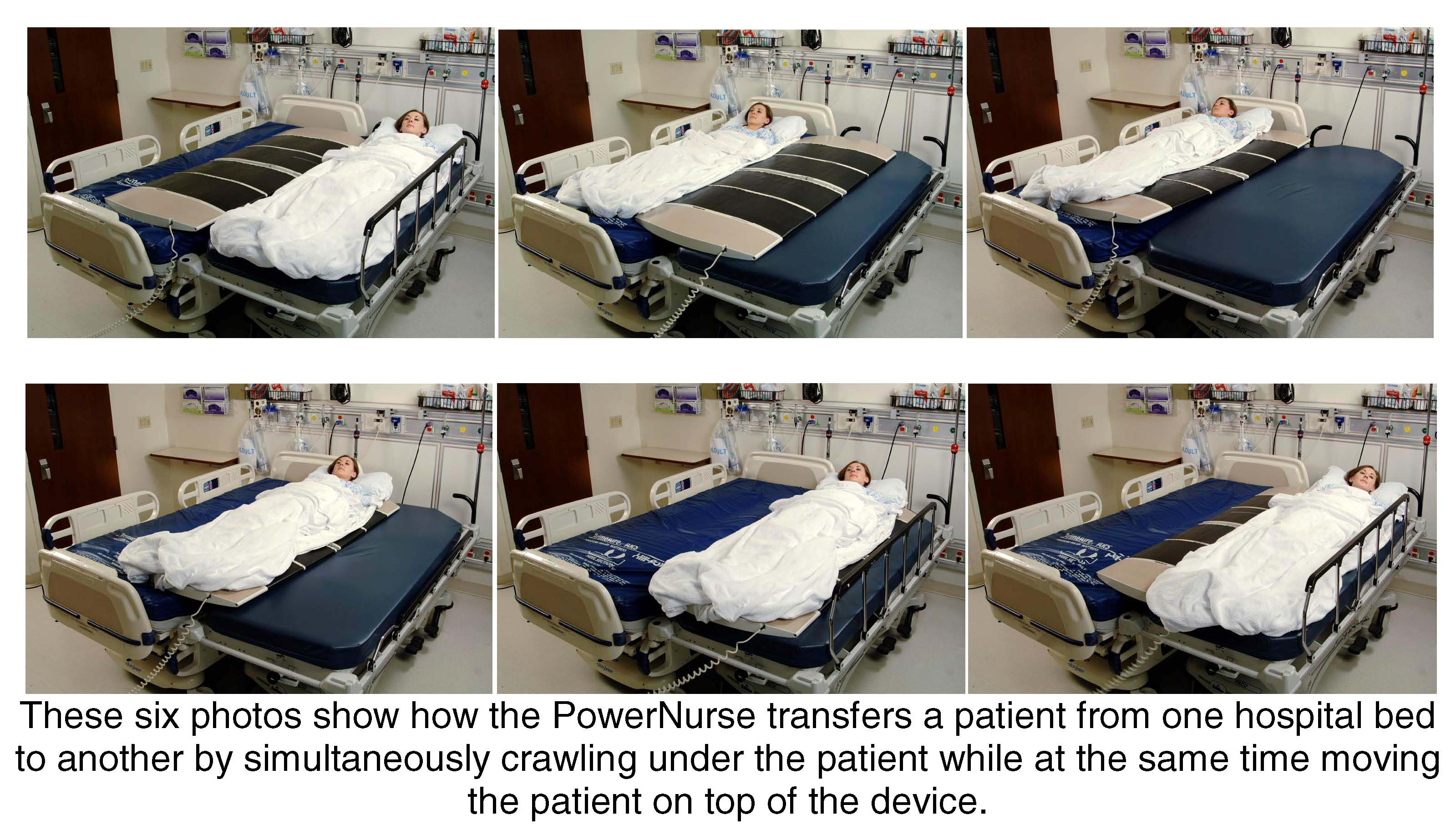