There is no force on earth more powerful than an idea whose time has come. -Victor Hugo

It has been a ‘feast or famine’ year thus far in 2018 for bot investors. While the Bot Ind 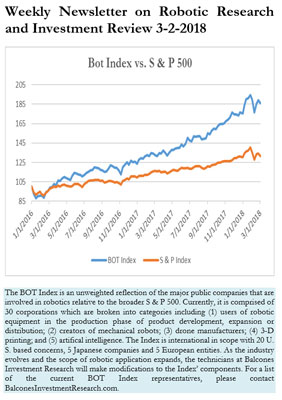 The handful of gainers for the week included a host of companies that have had market troubles in the recent past. 3D Systems gained 13.215% when it announced that 4th quarter revenues grew between six and seven percent. Accuray Inc. rose 6.32% as it informed investors that its second quarter revenue rose to $100.3 million, up from $87.5 million from the prior year. Mazor Robotics jumped 3.07% as it continued to show strength after its revenue grew 36% in the company’s fiscal 4th quarter. Rewalk Robotics and Immersion Corp. increased 4.35% and 2.82% respectively. While Rewalk has had significant difficulties over the past few months, Immersion has been riding a crest that has taken the stock from $7.06 at year-end 2017 to the current price of $11.67, a gain of 65.30% which leads all stocks in the Bot Index.

Losers for the week were many, and three of the seven weakest were headquartered outside the U.S. Two Japanese companies experienced major losses, Keyence dropped 5.26% and CYBERDYNE Inc. led all losers with a 9.56% retraction.  The Swiss firm ABB Ltd. slipped 4.15%. Other components of the Bot Index that were disappointing to investors included Lockheed Martin who fell 4.73%, Lincoln Electric dropped 5.28%, while Oceaneering International and Google rounded out the weakest performance for the week with give-backs of 8.83% and 4.25% respectively.

The Bot Brief had an opportunity to attend this week’s HLSR Ag Robotics Challenge, a one-day event in the massive NRG Center’s Exhibit Hall. Mr. Toby Lepley, the Superintendent of the games explained the purpose and scope of this, the second annual robotics educational challenge. The Houston Livestock Show and Rodeo is the world’s largest such event (2.6 million visitors in 2017) whose mission is to provide scholarships and grants for the education of youth about agriculture or pioneer heritage. Since its founding in 1932, the event has generated over $430 million in the pursuit of education. The Ag Robotics Challenge is a new endeavor of the Rodeo and yet is rapidly growing and providing diversification of interest outside the traditional western culture. 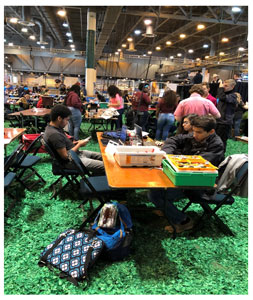 r. Lepley noted that interest in the robotic competition has stimulated students from throughout the entire state to team up and face the eight challenges of the contest. While last year saw 18 teams at the event, this year there was some 42 groups that were provided with Lego Mindstorm kits to build robots that would be specifically designed to harvest certain crops and an egg. The name of this year’s challenge was Garden to Plate and the timed event pitted each team’s creation in carefully bringing the agricultural product to a specified location. While Mr. Lepley explained that six of the tasks would be explained to the teams in advance, there would be 2 ‘surprise’ efforts which would test the team’s resourcefulness and ability to problem solve.

The shot to the left is the staging area where students repair their robots, develop strategies to 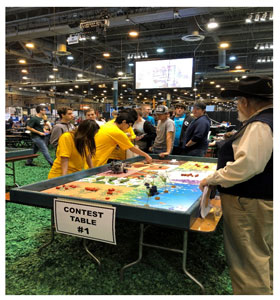 overcome the ‘surprise’ tasks and collaborate on what they have learned and accomplished in the challenge.

The  picture to the right shows student teams working their robots in the time trials.

It is events such as these and the international FIRST Challenge that will provide the education, the stimulus and the guidance that will fill the employment that will feed the  robotic revolution. Math, science, engineering and technology are the keys for the future society of manki 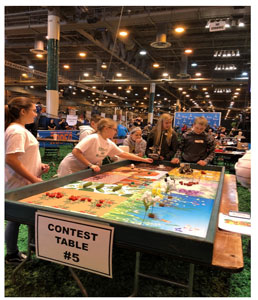 nd and expansion of robotics.

Oh, by the way, the challenge is not just for the boys!!

The Bot Brief is a weekly newsletter designed for economists, investment specialists, the media and academicians. It receives no remuneration from any of the companies that may be featured from time to time. Its commentaries, analysis, opinions and research represent the subjective views of Balcones Investment Research, LLC. Due to the complex and rapidly changing nature of the subject matter, the company makes no assurances as to the absolute accuracy of material presented.