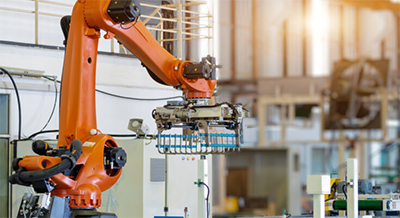 What’s the best way to program a KUKA robot?

As a beginner, you may be uncertain which programming option is best for you. This KUKA robot programming guide will help you to get started quickly and easily.

KUKA robots are some of the most popular robots in the world. KUKA is often listed as one of the “Big 4” robotic companies (ABB, KUKA, Yaskawa, and Fanuc).

Whether you are a complete beginner to robot programming or you have just not used KUKAs before, this guide will give you the essential knowledge you need to get up and running.

A Common Misconception About KUKA Programming

New robot users often mistakenly assume that they must program their KUKA using the default options provided by the manufacturer.

Usually, this means using the teach pendant or KUKA’s text-based programming language. As we will explain in a moment, there are often better methods for beginners to KUKA programming.

Two major problems that arise by sticking with the default programming methods are:

Online programming requires that the robot is physically present when you are programming it. This reduces the productivity of the robot as it has to come out of production whenever you want to improve the program or develop another application.

You can learn more about the difference between the two methods in our previous article.

As with any programming task, there are various options for programming a KUKA robot. Some of these are only suited to experienced robot programmers. Others are ideal for both beginners and robotics experts.

5 proven methods of programming a KUKA are:

What’s the Best Way to Program Your KUKA Robot?

With so many options for programming KUKA robots, you might be wondering which one you should choose!

Each programming method has its pros and cons. But, as a beginner, you should be looking for options that make life easier for you both in the short term and the long term.

Your programming methods should allow you to get up and running with your KUKA robot as soon as possible. You also want to learn methods that will be applicable for different robot brands.

For these reasons, it’s best to go with the programming method that will be most intuitive for you right from the start.

If you’re an experienced programmer, this might mean using your favorite programming language. However, in most cases, a method like graphical offline programming or a handheld probe will be the best option for beginners looking to get started quickly.

How to Program a KUKA Robot Quickly and Easily

You don’t even need to have the physical robot in front of you!

When you download the free RoboDK trial, you can load your chosen KUKA model from the integrated robot library and get started programming immediately.