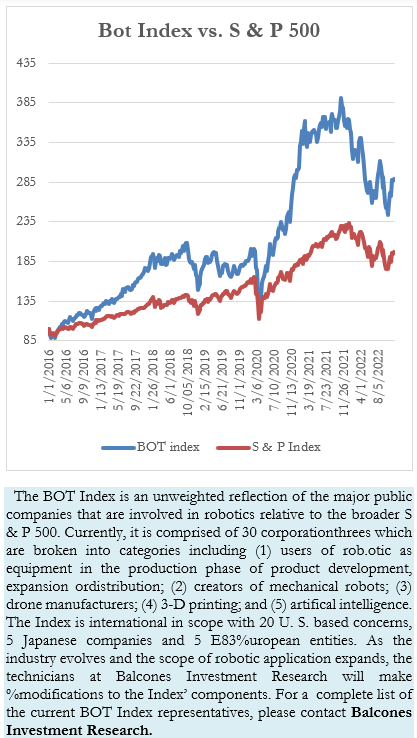 A tiny gain was recorded by the Bot Index in week-to-week trading. The bots gained 93 basis points while the S & P 500 rose a modest 1.53% last week. Immersion Corp., fresh off the prior week’s earnings related 25% leap, proved the best performer for two consecutive periods. The stock rose 5.71% as investors continued to be pleased with the sales and earnings report for the third quarter. Simply Wall Street penned an article entitled “Immersion Corporation’s Stock Has Seen Strong Momentum: Does That Call for Deeper Study of its Financial Prospects?”

NVIDIA Corp. has been on an up and down few weeks but ended the Thanksgiving trading on a 5.58% positive note. According to a Motley Fool report, “The semiconductor company is struggling with several near-term headwinds, although its long-run prospects remain strong.”

Teledyne, much like Immersion Corp, performed well this week after a blowout follow up to its earnings report. The stock gained 3.25% to be the third best performer in the Index.

Despite being on Insider Monkey’s list of top hedge fund holdings within the robotics sector, Accuray Inc. stock plunged 8.33% in the last full week of November.

Apple Corp. hopes for a Black Friday recovery, failed to unfold as the stock declined another 2.10%. Production delays from Chinese factories was the primary culprit as political imposition of stringent covid lockdown continued to plague the Mainland.

NIO Inc. also fell due to internal Chinese economic woes. This time the decline was near 3%. The stock has been on a tumble since its $31 peak in early January to close at $10 and change. 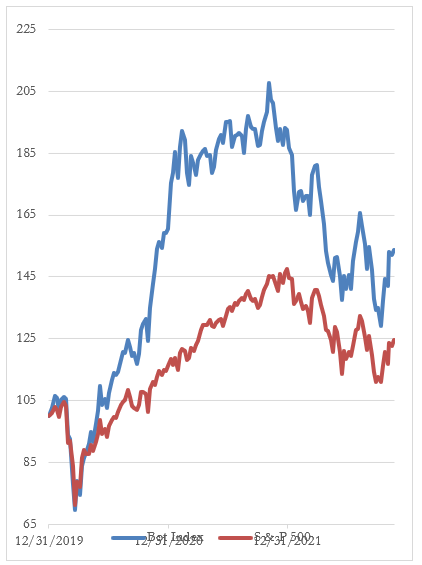 A few weeks ago, the Bot Brief reported on the newest venture by Elon Musk. Despite the issues associated with the Twitter takeover, Mr. Musk had the time to introduce a humanoid robot named Optimus at a corporate gathering. While the robot moved cautiously and waved to the crowd, the intro was less than explosive. The fact, however, that Musk was willing to ‘tease’ his audience, is significant enough to justify a growing trend toward humanoid robots. Far removed from the public perception of robots in factories conducting repetitive task and replacing the lower echelons of human employment, these humanoid bots are likely to become household features in the future.

A British firm, Engineering Arts, has created a very humanoid robot that was especially designed to produce tasks involving human interaction. With an objective of producing a comfort level for humans, the company has placed special emphasis upon teaching the robot ‘manners’. Almost like a member of the family, the face of the robot focuses on human expressions through its advanced vision capabilities. As the robot recognizes ‘body language’ it responds accordingly with verbal comments or expressions within its own face. The bot is trained to carry on conversations, play board games and perform tasks that might offer the elderly and disabled a better home experience.

While the costs of humanoid robots are pricey, the fact that The Economist featured an article listing at least seven companies that are in various stages of humanoid robot production, the competition will bring prices down and capabilities up.

Flexiv Has Closed The Series B+ Funding