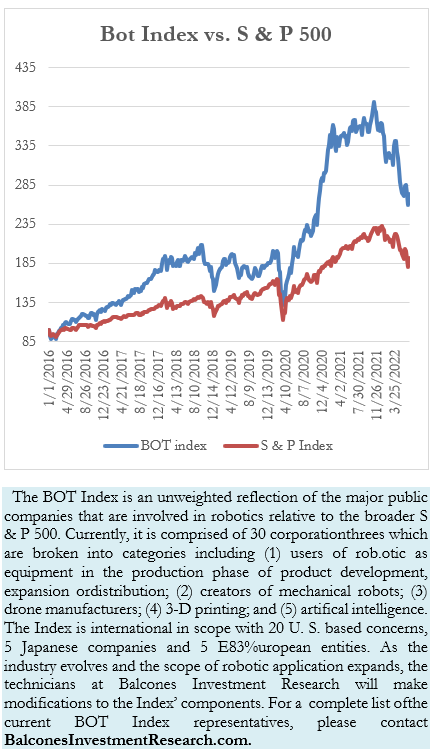 The domestic market experienced its first weekly strong rally in some time last week. The broad market, as defined by the S & P 500, gained 6.45%. Held back by some of its Asian holdings, the Bot Index increased 5.62%, its largest positive move since mid-March.

Three Bot Index holdings experienced double-digit increases by week’s end. The largest gain was recorded by NIO Inc. whose stock jumped another 15.9% following the prior week’s 14.98% jump. NIO has been bouncing steadily off its low price of $14.31 in early May to its current price of $24.08. The company was joined by fellow EV maker Tesla whose stock rose by 13.35%.

After having threatened to remove the stock from the Bot Index last week due to its fall below $2 per share, Accuray Inc. jumped a whopping 15.08% to close at $2.06. Thus, staving off removal from the composite….for now.

Other larger cap, well known companies with great rebounds last week included Intuitive Surgical, Google and Amazon. Each returned a bit above 9% as investors sought familiar names to play the bounce in equities. 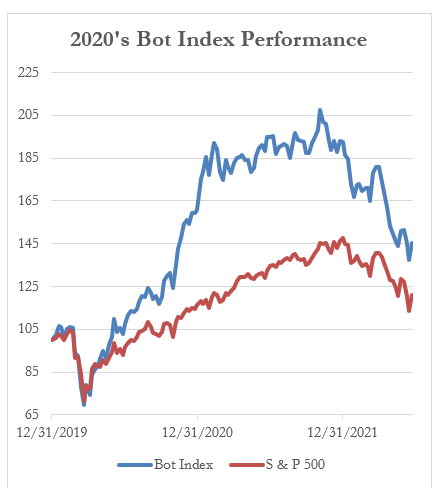 One of the companies within the Bot Index is the haptics firm Immersion Corp. In the June issue of IEEE Spectrum, the founder of Immersion authored an article entitled, ‘How a Parachute Accident Helped Jump-Start Augmented Reality’. Within the pages of the feature, Louis Rosenberg claimed that he had collected sufficient data to show that augmenting a real workspace with virtual objects could significantly enhance user performance involved in precision tasks. The application has been depicted with stunning results in the new movie Top Gun Maverick. In the movie Tom Cruise is tasked to train Top Gun graduates to ‘take out’ a nuclear production center protected by location within a steep canyon and guarded by planes and missiles. To train the recruits, he used a virtual map and screen simulation of geographic conditions within the cockpit of actually moving aircraft. The trainees would fly their craft within the confines of the actual course needed to reach the target and avoid the defensive dangers of both terrain and the G-force of the speeds necessary for the success of the mission. In the article Mr. Rosenberg experimentations in AVR for satellite repair, medical and training, led to his comment, “I sincerely believe that virtual and augmented reality, now commonly referred to as the metaverse, will become an important part of most people’s lives by the end of the 2020’s.”

We, at the Bot Brief, were again disappointed with the results of the one hundred thirty-fourth annual meeting of the American Economic Association on January 7-9, 2022. Of the 116 papers presented by several hundred distinguished professors, there was not one that addressed robotics, their application in the workplace or the economic impact (both positive and negative) to world employment. Also, there was only one paper that featured Artificial Intelligence whose use was mostly as a pricing model.

To us, robotics will represent the most significant factor in todays and tomorrow’s economic environment, and it is critical that our smartest assets devote the time necessary to blend this new feature into their projections. Scientists and engineers are moving rapidly into the world of automation and yet this new Robotic Revolution will create a SOCIAL REVOLUTION that will impact economics as did the Industrial Revolution. Much like the phenomenon of ‘social media’ has rapidly changed much of our lives…with many unintended consequences of a negative nature, so will the Robotic Revolution alter our future. We need our best and brightest to step forward and project the consequences that that future beholds. 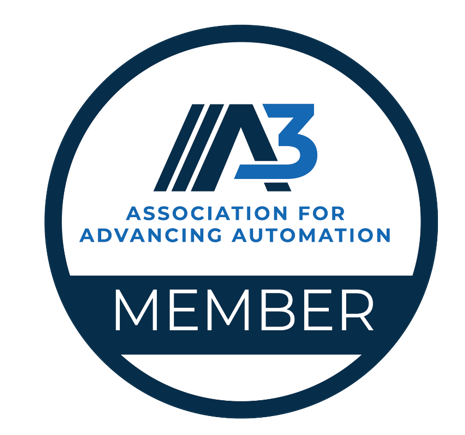 Weekly Bot Brief on Robotic Companies and the Industry