v>
"There is no force on earth more powerful than an idea whose time has come."      - Victor Hugo
Bots In the News: 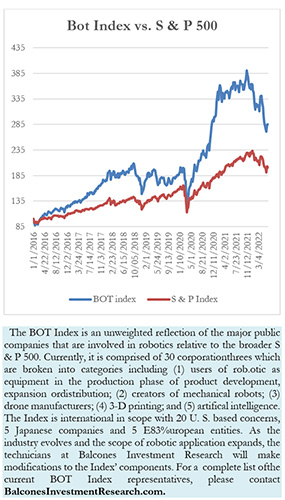 In a rare recent appearance of outperformance by the Bot Index, the bots bested the S & P 500 by over 150 basis points last week. The S & P 500 posted a decline of 1.19% while the bots gained 40 basis points. The Bots were paced by significant gains by Hiwin Technologies as political tensions in the region seem to have eased allowing the Taiwanese firm to gain nearly 14%. Conversely, some improvement in the covid events in China allowed a number of firms to open up for business. NIO Inc. was a such a beneficiary and rose 9.11%.
On the losing end of the Bot Index were 3D Systems, off 5%, and iRobot, who fell 7%. The biggest loser was Tesla that slid 7.38%, giving back some of the 14% jump in the prior week. 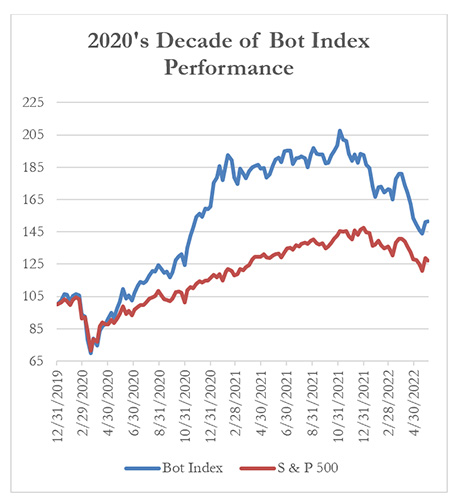 Explosion in bot use in Q1 2022:
While headline grabbing news such as Elon Musk’s tweet Thursday that Tesla's prototype for a human-like robot, called Optimus, could be functioning within the next few months and that the company plans to push back its annual "AI Day" to line up with the announcement. Together with Cruise, General Motors majority-owned autonomous vehicle unit, has scored final approvals to operate a commercial, robotaxi service in San Francisco, the company announced on Thursday, the more important news came from A3, the world’s largest automation association. Perhaps some of the reason behind this week’s outperformance came from good news regarding robotic sales in the first quarter.
In a follow-up to an A3 analysis, Fox News reported the increase in robot sales in the first quarter of 2022. Citing the high level of inflation and shortage of available labor in various industries, U.S. purchases of robots surged 40%. Representing $544 million and approximately 9,000 robots, the application of automation spanned many industries. The article noted that, once again, there were more robots sent to non-automobile industries than to car makers. In fact, the metals industry experienced that greatest application of robots, having risen some 40% over the comparable quarter of 2021. The plastic and rubber industry required 29% more robots and the semiconductor and photonic sector rose 23%. Those industries were closely followed by food and consumer goods (+21%), life sciences and pharma (+14%) and unspecified use of robots gained 56%.
Unrelated to the A3 information on robotic sales, the Fox feature noted an estimate from the World Economic Forum that by 2025, robotic time spent on production will equal that of human laborers. By that date, approximately 85 million jobs will be supplanted by robots, however, the report also estimated that robotics will create 97 million new human jobs.
Member: American Economic Association, Society of Professional Journalists, United States Press Association. Institute of Chartered Financial Analysts, Robotic Industries Association, Member IEEE.
The Bot Brief is a weekly newsletter designed for economists, investment specialists, journalists, and academicians. It receives no remuneration from any companies that may from time to time be featured in the brief and its commentaries, analysis, opinions, and research represent the subjective view of Balcones Investment Research, LLC. Due to the complex and rapidly changing nature of the subject matter, the company makes no assurances as to the absolute accuracy of material presented. 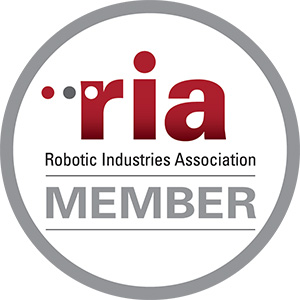