MVTec is a leading manufacturer of standard software for machine vision. MVTec products are used in all demanding areas of imaging: semiconductor industry, web inspection, quality control and inspection applications in general medicine and surveillance. MVTec has more than 30 established distributors located throughout North and South America, Asia, Australia and Europe. In addition, MVTec, LLC works out of Boston, Massachusetts (USA), to better serve the North American market since 2007. 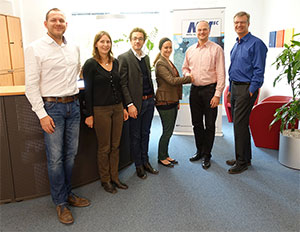 Munich – MVTec Software GmbH is in a good position as it moves toward the future. In 2016, on its 20th anniversary, the leading manufacturer of standard machine vision software will move its headquarters in Munich, Germany into a new building. Last month, MVTec's North American headquarters relocated to a new office in Boston. Each new facility provides double the existing space to accommodate future expansion. Each facility will thus double its existing space. MVTec has also doubled its team over the past five years. In October, the globally operating software company has added its 100th permanent employee. This growth is based on MVTec's future-oriented technology. Machine vision is considered one of the keys to highly automated processes in production environments, which are increasingly shaped by Industry 4.0 scenarios, as well as in non-manufacturing applications such as medical and agricultural technology. The company has thus experienced above-average growth rates, compared to the rest of the industry.

Performance and Usability in Machine Vision
Users all over the world employ MVTec technology in fields such as the semiconductor industry, for surface inspections of textiles and other materials, in quality control, in medical and security technology, as well as in many other fields. HALCON, the company's flagship product, regularly sets new standards in performance and technical innovation in machine vision. This year, MVTec also launched MERLIC, a software product that enables users to quickly build machine vision solutions without in-depth imaging knowledge. It gives entirely new user groups access to the benefits of machine vision. 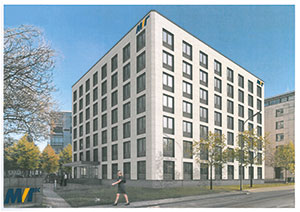 An International Team with a High Percentage of Women
"Machine vision will play a central role in Industry 4.0, for example in making production processes more flexible down to ‘batch size 1’. Non-industrial applications such as the Internet of Things will also benefit from the reliable vision, detection, and prediction capabilities of MV. With our strong international sales and partner networks, we offer companies efficient, robust, and user-friendly products and solutions," says Dr. Olaf Munkelt, Managing Director of MVTec Software GmbH. Dr. Wolfgang Eckstein, who is also Managing Director of MVTec, adds: "We are proud of our motivated, international team. Our colleagues come from eleven countries and speak 18 languages. Women make up 33 percent of our workforce, and this number continues to grow. We are pleased with our shared business success. It demonstrates that we are on the right track for developing innovative software that addresses future-oriented applications. We remain on course for growth."

About MVTec
MVTec is a leading manufacturer of standard software for machine vision. MVTec products are used in all demanding areas of imaging: Semi-conductor industry, web inspection, quality control and inspection applications in general, medicine, 3D vision and surveillance. MVTec, with its head office in Munich (Germany), has more than 30 established distributors worldwide and in addition, MVTec, LLC works out of Boston, MA (USA).