Bison Gear and Engineering began in 1960 by designing problem-solving gearboxes and gear motors for their customers. Over fifty years later, the company has grown into an industry leader in electric motor, gear motor and gear reducer products by implementing innovative lean manufacturing processes, a world class engineering and support team and consistently expanding its vast product line with new motion control and power transmission solutions. 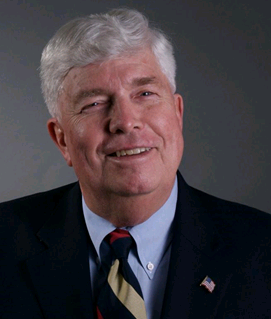 St. Charles, IL - It is with great sadness that we announce the passing of our Owner, Chairman, mentor and friend, Ronald D. Bullock. Ron's life not only impacted everyone he directly worked with at Bison over his 30+ years of service and leadership, but also the lives of countless people pursuing a career in the manufacturing industry.

Ron began his career with Bison in 1981. He served in key R&D, engineering, marketing, operations and general management roles before acquiring Bison in 1987. Since then, he led Bison through unprecedented growth while simultaneously expanding the company's product line, distribution channels and introduction into the European market. Ron championed Bison's customer focused approach, while also driving a culture of continuous improvement. His strong leadership will be continued by his associates, guided by the principals and the knowledge he shared.

Ron also concentrated on the importance of continuing education and community outreach. BisonCares, (a 501c3 charity organization operated through Bison Gear and Engineering) recently celebrated its 10-year anniversary of providing services and support to local charities. He funded several scholarship programs through the IMA Education Foundation and also offered financial support to children of Bison associates attending college through the Bullock Family Scholarship.

Ron was a dynamic, charitable human being and a true American innovator at heart. His contributions to his family, community and country will be felt for years to come. He is survived by his daughter, Laurel Novak, daughter-in-law, Kelly Burch, brother-in-law, John Stewart, seven grandchildren and his friends and family at Bison. He will be missed.

Marc Bours, who has 30+ years' experience in the industry and who is the lead director on Bison's Board of Directors, has been appointed interim CEO of Bison effective immediately.

How to Get Your News on Motion Control Online

Take Your Application to the Next Level With Motion Control