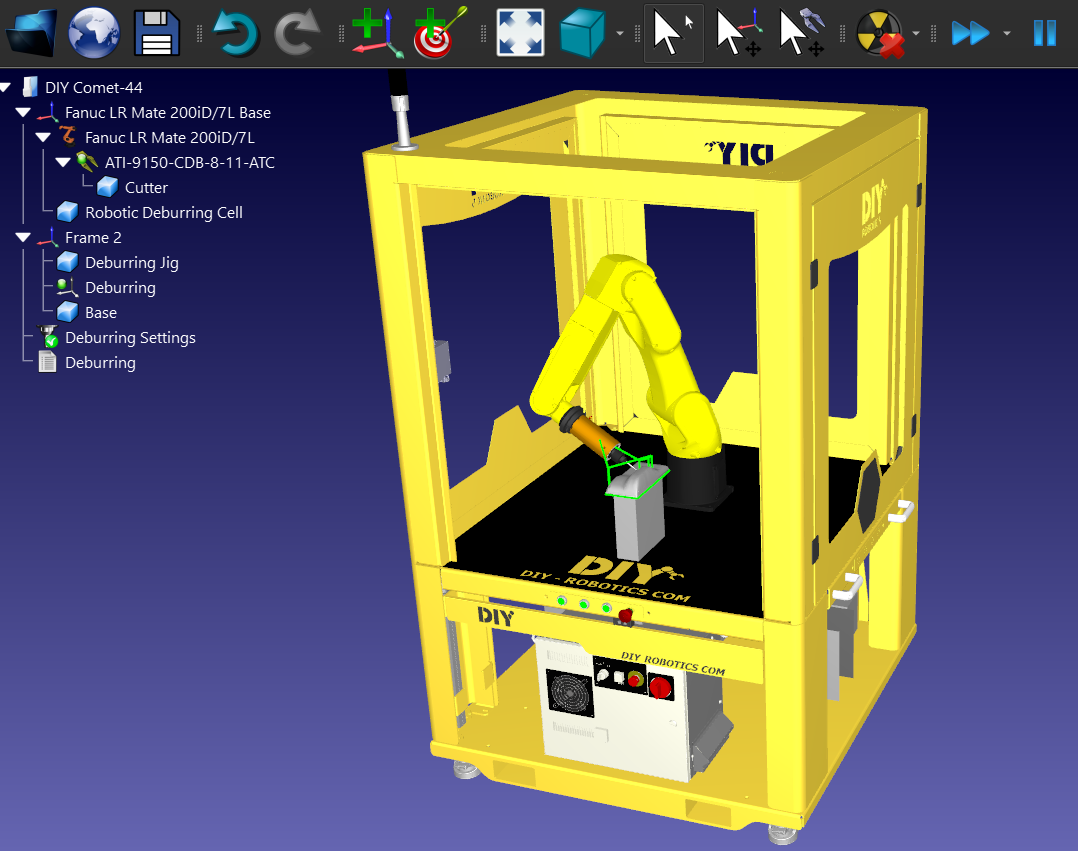 Robot software company RoboDK has partnered with DIY-Robotics and ATI Industrial Automation to release a combined application bundle for robotic deburring. The plug-and-play modular Robotic Deburring Cell can be integrated in just a few days.

With manufacturing industries changing rapidly, companies are increasingly turning to robotic automation to stay competitive. However, robot deployments have traditionally taken weeks or even months.

The use of robots is currently growing in various manufacturing industries. Robots allow companies to adapt to changes in the marketplace as they are more flexible than other forms of automation. A robot can be reprogrammed whenever the nature of its task changes and can even be redeployed to an entirely new task if needed.

A common constraint for companies looking to adopt robots is the time that they take to deploy. It can take weeks or even months to deploy a new robot into a manufacturing facility. As well as being disruptive during the initial deployment, this also reduces the long-term flexibility of the robot cell as any changes to the robot's task will further disrupt production. 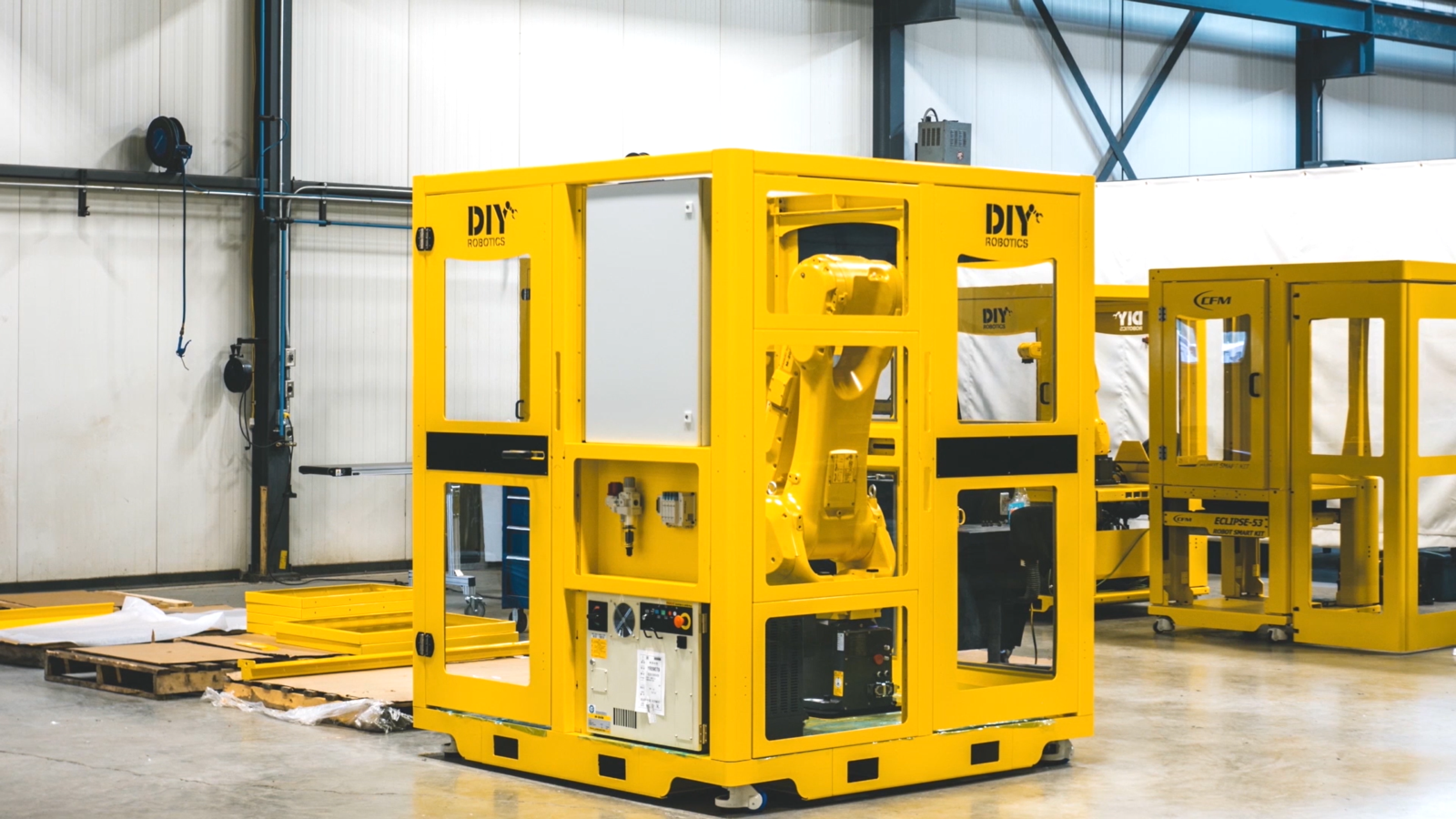 Deburring is a perfect task for a robot as it is dull for a human to perform and benefits greatly from the increased consistency that a robot provides.

The new plug-and-play Robotic Deburring Cell addresses this need for faster deployment by providing a completely self-contained system that can be deployed in a matter of days.

The solution is based around a pre-engineered robotic cell from DIY-Robotics. ATI Industrial Automation provides the cell's Compliant Deburring tool. This versatile tool accounts for variations in part and feature location through its compliant tip and can be used for a wide range of deburring tasks. 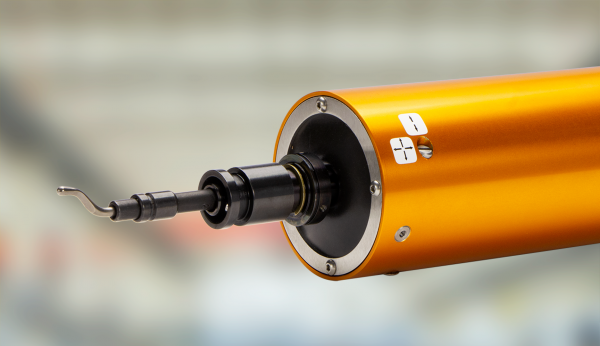 Deploying a deburring robot in just a few days

With conventional robot deployments, the sourcing process can be daunting for companies. All the various sensors, tooling, and accessories required for a robotic application mean that the list of components can quickly mount up.

"Robotics can appear complex to handle when it comes to coding languages and the complexity behind the technology," explained Steve Blanchette, President of DIY-Robotics. "The main advantage of the Robotic Deburring Cell is its plug-and-play aspect. This bundle allows anyone, regardless of their robotics knowledge, to equip their factory with the latest industrial robotics technology."

DIY-Robotics makes the sourcing process as simple as buying a desktop computer. Unlike many other robot suppliers, the company lists the price of its solutions on its website. Once the order has been made, the robot cell ships within just 3 weeks. It can be deployed in a just few days for turnkey solutions or can be assembled by the user themselves.

Customizing the robot program with RoboDK

Programming functionality for the cell is provided by RoboDK, the offline programming solution that allows anyone to easily program their industrial robot even if they do not have robotic programming experience.

This gives an added level of flexibility to the Robotic Deburring Cell as the robot's program can be created and updated through a simple graphical interface. RoboDK’s optimization tools for robot machining and deburring allow users to easily create error-free programs.

Albert Nubiola, RoboDK's CEO, said "DIY-Robotics' Deburring Cell and the ATI's Compliant Deburring Blade are now completely supported by the software. This is a great addition to RoboDK as it allows users to build a cell for deburring in just a few clicks."

The Robotic Deburring Cell is the first in a series of application-specific bundles that are being developed by this partnership. By leveraging their complimentary expertise, RoboDK, DIY-Robotics, and ATI Industrial Automation aim to make plug-and-play robotic cells much more accessible to manufacturing businesses.