Ann Arbor, Michigan, USA –  The Robotic Industries Association (RIA) announces the industry’s highest honor, the Engelberger Robotics Award recipients for 2016. The awards will be presented to Dr. Chia Day and Dean Elkins at a special ceremony on Tuesday, June 21st in Munich, Germany. The ceremony is held in conjunction with the joint 47th International Symposium on Robotics (ISR 2016) and AUTOMATICA, the International Trade Fair for Automation and Mechatronics.

The awards, named after the worldwide “father of robotics” Joseph F. Engelberger, are presented annually by RIA to honor individuals who have a significant impact on the robotics industry. Each recipient will receive a special plaque, commemorative medallion and a $5,000 honorarium. Beginning with the initial presentation in 1977, 122 industry leaders from 17 nations have now been selected for this honor.

“To continue the tradition of honoring Mr. Engelberger, we are privileged to add two well-deserving individuals to the illustrious list of people who have made a great impact on the robotics industry,” said Jeff Burnstein, President of RIA. “We’re delighted to present the Engelberger awards to Dr. Chia Day and Dean Elkins this year to recognize their achievements in robotics.” 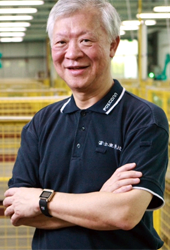 Dr. Chia Day, who will be awarded in the application category, has been directly responsible for the installation of 40,000 robots over four years at Foxconn. This unprecedented volume of robots over a short duration represents a significant portion of growth in the robotics industry. More importantly, the deployment of these units in consumer electronics assembly is opening a new market for industrial robots. Dr. Day has been instrumental in directing this program and finding the optimal applications within Foxconn's operations. His long history in robotics and industrial automation has proven essential to the success of the Foxbot program and the phenomenal growth of the Chinese domestic robotics market.

“It’s like a Lifetime Achievement Award, recognizing contributions to the field of robotics in a career,” said Dr. Day. “It’s an honor to be in the 'Hall of Fame' with other major recognized leaders in the field.” 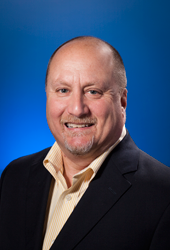 Dean Elkins, who will be awarded for robotics industry leadership, is a Senior General Manager of Yaskawa Electric America, Motoman Robotics Division. Mr. Elkins’ long career of volunteer service with The Association for Advancing Automation (A3) includes serving as past chair on both the A3 and RIA boards as well as chairing committees for the automate show and RIA membership. He began his career at Motoman in 1989 as a Regional Sales Manager and went on to hold positions as Director Third Party Sales, Vice President, Standard Products and International, Vice President US Sales. Along the way, Mr. Elkins assisted in the incorporation of the Motoman subsidiaries of Yaskawa Motoman Mexico S.A. de C.V., Yaskawa Motoman Canada, Ltd., and Yaskawa Motoman Brazil. Prior to Motoman, Mr. Elkins worked for Reis Robots, Ellison Robotics, Cimcorp Par Systems and Hobart Brothers, starting his robotics career in 1981. Mr. Elkins graduated with a BA degree in Psychology from Southern Illinois University in 1979.

“The thought of even being mentioned in the same sentence as past Engelberger award winners is beyond incredible,” said Mr. Elkins. “This award is the pinnacle to what has been an incredible career in the robotics industry. Being recognized by my industry peers as someone worthy of an award associated with Joe and his legacy is completely humbling.”

RIA is now accepting nominations for the 2017 Engelberger Robotics Awards. For more details about the award or to submit a nomination, visit Robotics Online.

About Association for Advancing Automation (A3)
The Association for Advancing Automation is the global advocate for the benefits of automating. A3 promotes automation technologies and ideas that transform the way business is done. A3 is the umbrella group for Robotic Industries Association (RIA), AIA - Advancing Vision + Imaging, and Motion Control & Motor Association (MCMA). RIA, AIA, and MCMA combined represent some 940 automation manufacturers, component suppliers, system integrators, end users, research groups and consulting firms from throughout the world that drive automation forward. For more information, please visit our websites: A3; RIA; AIA; MCMA.