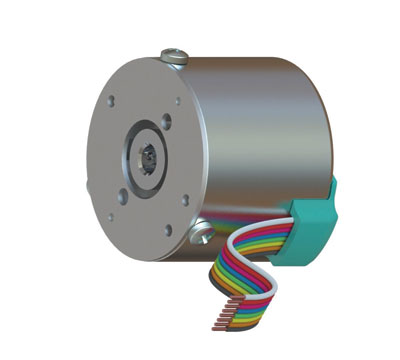 Hamilton, New Jersey – Encoder specialist POSITAL has expanded its line of kit-style encoders for feedback for servo and stepper motors with new models that utilize the same mounting form factor as incremental kit encoders from US Digital, Broadcom and other manufacturers. This makes it very easy to upgrade a motion control application from incremental to absolute position control.

With POSITAL kit encoders, the control system always has complete information on the physical position of the mechanical components that it is directing. “Absolute position feedback is a natural way of providing accurate position control,” comments Jim Stevens, market specialist for robotics at POSITAL. “Almost any position control application could be absolute-based. Many current systems were designed around incremental encoders because incremental feedback devices were historically less expensive than their absolute counterparts.” However, with POSITAL absolute kit encoders available at prices much more in line with incremental devices, system designers no longer have to work around the shortcomings of incremental feedback in an absolute position world.

Stevens continues: “Incremental encoders are effective for speed control. However, to monitor absolute position, the controller needs to maintain a complete count of the number of pulses received from the encoder.” This can lead to problems. If the pulse count becomes corrupted due to a power outage, or if the control system fails to update the pulse count when the machine moves, positional accuracy is lost. The usual remedy is to “re-home” the machine by returning it to a known reference position and re-starting the pulse counts. By contrast, absolute encoders measure position directly. After a power outage, the controller can re-establish complete knowledge of the position of mechanical components by simply polling the sensors and reading their rotational positions. As Stevens points out: “It’s great to be able to simply power up a system and continue a process without having to go through a restart/homing cycle and having to scrap work or material that may be in process.”

Multiturn absolute kit encoders from POSITAL are based on magnetic sensing technology that provides a very robust encoder solution. The multiturn counting system is powered by Wiegand wire energy harvesting technology, which enables the absolute encoder to maintain true absolute position over power cycles and rotation of the encoder during power-off conditions. With 17 bits (131072 positions) of single turn resolution and 16 bits (65536 turns) of multiturn range, the absolute kit encoders from POSITAL are ideal for position control applications.

About FRABA and POSITAL
POSITAL is a supplier of advanced industrial position sensors used in a wide variety of motion control and safety systems. The company is also an innovator in product design and manufacturing processes and a pioneer of Industry 4.0 (Industrial Internet of Things/IIoT), offering customers the benefits of built-to-order products combined with the price advantages of mass-production. POSITAL is a member of the international FRABA group, whose history dates back to 1918, when its predecessor, Franz Baumgartner elektrische Apparate GmbH, was established in Cologne, Germany to manufacture relays. Since then, the company has played a trendsetting role in the development of rotary encoders, inclinometers and other sensor products. POSITAL has a global reach with subsidiaries in Europe, North America and Asia – and sales and distribution partners around the world.