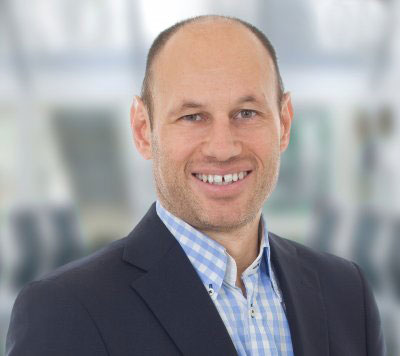 With a flair for the industrialization of consumer technologies and a great willingness to change, Jürgen Hartmann has established IDS as a renowned camera manufacturer. Now the next step is to be taken with digitization.

In 20 years, Jürgen Hartmann has developed IDS from a two-man company to a leading manufacturer of digital industrial cameras with about 240 employees. Initially, he was not interested in industrial image processing. "After school, I had first completed an apprenticeship as an electrician. I was late in thinking about studying," says Hartmann. But my motivation for studying was:" I wanted to build cars," but it turned out differently. When he first came into contact with image processing in 1988 as part of his laboratory work, he was infected with a passion for video and images. He quickly realized that German customers, especially
machine builders, often needed small software adaptations for their applications. The idea of setting up his own business with adapted image processing solutions matured in him.

Together with the engineer Armin Vogt, he founded the company IDS. “Our business idea was actually to develop software for industrial automation aiming to integrate image processing into the production lines," recalls Jürgen Hartmann. "However, I had the feeling very quickly that this was not going to happen. In any case, we won't be successful with software as quickly as necessary," he said. So he concentrated his energy on a hardware idea that he had come up with when he read the computer magazine C't. Based on a chip from the consumer market, he developed PC plug-in cards for industrial image processing - the Falcon frame grabber was born. And he brought the desired success. The young company grew bit by bit. Armin Vogt developed, Jürgen Hartmann sold. This worked so well that help was soon needed in the back office. “As early as 1998, we hired the first three employees, two of whom are still working for IDS," reports Hartmann with pride. New products were launched, such as the Piranha Video Compression Board introduced in 1998. In 2000, the company moved into its new premises in Dimbacher Straße in Obersulm, followed by further extensions in 2002 and 2004, and the next big step in 2015, when a new 1700 m2 building was inaugurated in Obersulm, doubling the production area and offering additional jobs in the sales and development offices. “And we have already secured the next space for further expansion," says Jürgen Hartmann.

The cooperation with MVTec Software GmbH in Munich has also contributed to the growth over the years. “The company is as old as we are and immediately impressed me with its vision software," says Hartmann. Since 1998 IDS has therefore been a sales partner for MVTec's software. "Even today we are still one of the largest HALCON partners worldwide."

Jürgen Hartmann came up with the idea of developing his own digital cameras and not just analog frame grabbers in 2003. "At the time I realized that customers no longer wanted to digitize analog signals in the PC, but preferred digital signals. We introduced the first digital camera in April 2004 - just under a year after we made the decision to enter the digital camera business," remembers Hartmann. The beginning was difficult, though. "We were electronics and software developers and had little idea of assembly." In addition, the cameras did not have the at that time usual Firewire interface, but "only" a USB port. “At first, we were smiled at because USB was considered not to be suitable for industrial use." So Hartmann and his team
made the USB interface suitable for industrial use.

Why did he choose USB? "I just believed in USB. Because the technology was supported by Microsoft and the entire PC and embedded industry." Today, USB has established itself as a camera interface. Incidentally, the same applies to Gigabit Ethernet, which Jürgen Hartmann also adapted as a camera interface in 2007. And he kept it the same way when it came to image sensors: “Instead of using the CCD sensors usual at that time, we have consistently opted for CMOS - even though this technology had technical disadvantages at the beginning. But I knew that CMOS was the future." Here too, he was right: Sony discontinued its series
of CCD sensors in 2015.

In these decisions for USB and CMOS, another characteristic of Jürgen Hartmann's character is evident:" If everyone goes in one direction, I like to run in the other." This has the advantage of not only supplying a Me-Too product, but also something of your own. With IDS, Hartmann has managed to develop into one of the largest manufacturers of industrial cameras.

“Today, we produce approximately 150,000 cameras per year. With an estimated market of 1.5 million cameras, this corresponds to a market share of around 10 percent," says Hartmann. And the prospects for the camera market are good, because vision technology as the eye of the machine is regarded as the pillar for the smart factory of industry 4.0. However, Hartmann does not put everything on the camera card:" We want to double our current company turnover. But we will not be able to do this on our own with classic industrial cameras "- especially as current developments are posing a question mark on the world markets. However, it is not so much the globalisation that drives Hartmann, but rather digitisation.

Therefore, Jürgen Hartmann is already thinking about the next transformation step. “We are working flat out on concrete ideas. After all, companies that do not participate in the transformation of digitalization will disappear.” Self-moulding medium-sized businesses will be affected if they do not manage to change. IDS, he believes, is well positioned: "Because versatility is our great strength.”

Get Your Projects Back on Track with Robotic Intelligence