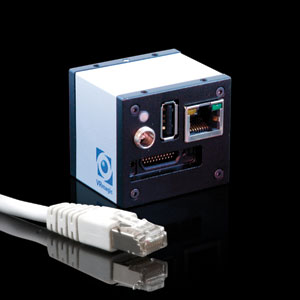 In addition to the convenient Ethernet streaming of processed images, the VRmagic plugin offers diverse functions for image capturing and camera control. Through GStreamer, developers have direct access to the VRmagic image encoder, which converts raw sensor data into several target formats such as RGB565, YUV or RLE. The TI Codecs, JPEG, MPEG4, and H.264 can also be directly integrated via GStreamer.

GSteamer’s generic programming interface allows users to combine arbitrary codecs and filters to form an image processing pipeline. Users can choose from the existing, extensive collection of plugins, which is constantly being expanded and further developed. The replacement of a plugin with a more recent version does not require additional programming.