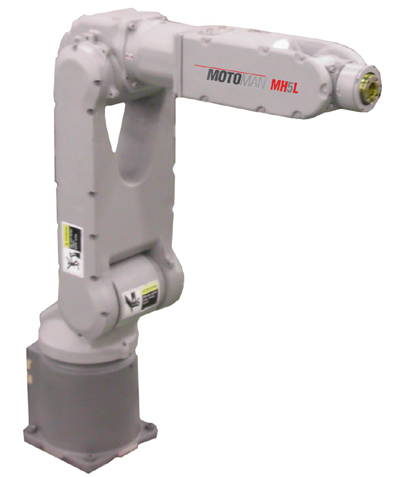 The MH5 model features a 706 mm (27.8") reach and offers the widest work envelope in its class. When a larger work envelope is required, the MH5L model provides an 895 mm (35.2”) reach. These robots feature a 5 kg (11 lb) payload, but adjust their performance based on the load they are carrying. This allows the robots to be used effectively for payloads as low as 1 kg. The MH5 and MH5L robots have brakes on all axes and can be floor-, wall-, or ceiling-mounted for layout flexibility.  The small footprint and minimal interference radius (179 mm/ 7”) maximize floorspace utilization.