Smart Vision Lights is a leader in developing and manufacturing a complete line of LED products tailored toward machine vision and the advanced lighting industry. Our products feature high current LEDs, quality craftsmanship, and an intelligent driver built-in every light. 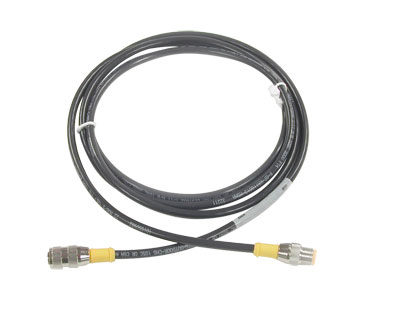 Muskegon, Mich. — Smart Vision Lights, a leading designer and manufacturer of high-brightness LED lights for industrial applications, introduces a new cable that provides a directly wired connection between a light and the second-generation In-Sight 7000 vision system from Cognex.

Part of SVL’s Camera to Light (CTL) series, the NSB black cable works with the new pin layout of the IS7000 Gen2 camera series. The cable comes in lengths of 300, 1000, and 2000 mm, with custom sizes available. SVL is developing a second version of the IS7000 Gen2 cable, which will have a separate connector for power.

The IS7000 Gen2 cable joins the existing IS7000 Gen1 CTL grey cable, which is used for the first generation of Cognex IS7000 cameras. The Gen1 cable is available in the same sizes as Gen2. SVL has also added a new CTL cable for Cognex’s In-Sight 2000 vision system.

Part numbers for the In-Sight CTL cables include:

SVL develops custom cables in the CTL series for other camera manufacturers, including Baumer, Datalogic, SICK, and Teledyne DALSA.