Leuze electronic offers an extensive line of safety and automation products including safety light curtains and grids, state-of-the art laser area scanners, opto-electronic devices including a full line of sensor products, bar- code readers for both standard and 2-D applications as well as innovative optical data transmission systems. Started in 1994, Leuze electronic has become a major factor in the North American safety and automation marketplace. With a steady stream of innovative products addressing the needs of the consumer we are accomplishing the task of products that are designed to be reliable and durable while still being user friendly. With a dedicated and knowledgeable sales force, Leuze electronic offers dependable service, technical assistance and an unrivaled approach to solving even the most difficult applications.

3D system with radar technology
For over 50 years, Leuze as a high tech company and pioneer in the field of optical sensors has repeatedly set new technological milestones and standards on the market. Particularly in the area of safety technology, Leuze's optical safety components, services and solutions can be used for a wide variety of different applications. With the LBK safety radar system, Leuze has now added a new, innovative sensor system to its product range. This system implements an operating principle new to safety technology. As a result, it is also able to provide a solution for applications that previously could not be solved reliably using optical sensors. Even in harsh environments where e.g. sparks, dirt and dust occur. The manufacturer of the new 3D safety system is the Italy based company Inxpect S.p.A. The LBK safeguards danger zones close to machinery and systems. To do this, it uses a radar technology that is also used e.g. for locating aircraft or ships.

New applications solved using LBK
Utilizing the properties of the radar frequency electromagnetic waves in sensors provides a solution for applications where optical sensors have so far proven unreliable. Even non metallic objects such as dust, welding sparks or chips are penetrated without the sensor being influenced. As a result, the LBK system is particularly suitable for applications in harsh environments. For example in wood or plastic processing. Such applications typically produce a large quantity of particles that are then suspended in the air. However, these particles do not prevent the LBK from performing its task of reliably detecting and protecting persons. Even if radar waves penetrate the particles, the latter still reflect a small proportion of the waves. As the quantity of radar waves reflected by a person is significantly different to that reflected by wood chips or moisture, the LBK can detect whether the reflection comes from a person or from non metallic particles. In other words, particles in the air are not detected whereas a person is. The LBK therefore switches off reliably when a person is located in the danger zone. The LBK sensor emits its radar waves in three dimensional space so that not only the surface area but also the volume of this space is monitored. This allows the LBK to detect persons who enter a hazardous area or who are located in this area, regardless of whether they are standing, kneeling or lying.

Detecting human movements
The LBK 3D radar system not only operates in a wavelength range new to safety technology. It also uses FMCW, an operating principle which is also new to safety technology. FMCW stands for Frequency Modulated Continuous Wave. Here, the transmission frequency changes within a defined bandwidth. Starting at a fundamental frequency, it increases continuously up to a maximum frequency and then returns to the fundamental frequency again. If a person reflects this signal, it reaches the receiver with a time delay. Subtraction of the reception signal from the transmission signal produces a difference frequency. If the distance between the LBK sensor and the person remains constant, the difference frequency also retains its value. However, if the person moves, the time delay between the transmitted and received signal changes, and therefore also the difference frequency. The faster the person moves, the greater the change in difference frequency will be. In this way, the LBK sensor is able to determine the speed at which the person is moving.

Precise determination of movements
This method is also referred to as radar Doppler. It allows movements to be determined with a very high degree of accuracy. The LBK sensor therefore detects not only a moving person, but also a person who is currently standing still, even if the movement is extremely slight. Even if a person is standing still, they are never absolutely motionless – there is always some movement, e.g. from their pulse or heartbeat, etc. The LBK sensor utilizes this to reliably distinguish a person in a danger zone from a static object, e.g. a pallet or material container. The slight movements of a person are sufficient to generate a reliable switch off signal for the machine. As a result, the LBK system interrupts the operating process only if somebody is actually located inside the danger zone. For example, completely static, motionless material containers can be left inside the protected area without them leading to interruption of the operating process. In this way, the LBK system prevents unnecessary downtimes and thereby increases the availability and cost effectiveness of the system. On the other hand, it ensures that the machine only starts to run again when all persons have left the danger zone, and therefore contributes to reliable personnel protection.

Flexible in use, easy to install
In addition to use in harsh environments, the LBK safety radar system is used primarily for preventing unwanted restarts and for monitoring hidden areas. Users can adapt it to their individual requirements. The system consists of a controller to which up to 6 radar sensors can be connected. The positioning of the sensors, the adjustable operating range and the selectable opening angle allow flexible adaptation of the monitored area to the danger zone. This also allows areas on steps or pedestals to be monitored reliably. The user can define the system parameters using the easy to operate configuration software. Should the customer desire, certified safety experts from Leuze can perform configuration and commissioning. 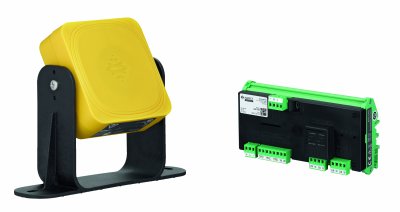 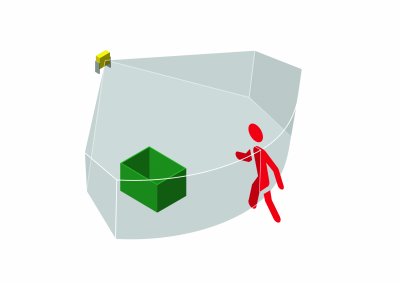 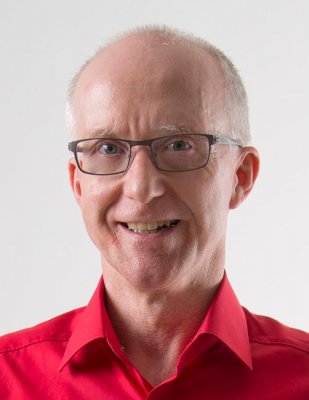 About Leuze
With curiosity and determination, the Sensor People from Leuze have been forerunners for innovations and technological milestones in industrial automation for more than 50 years. They are driven by the success of their customers. Yesterday. Today. Tomorrow. The technology leader’s high-tech product range includes a number of different sensors for the field of automation technology. Among these are switching and measuring sensors, identification systems, and data transmission and image processing solutions. As a Safety Expert, Leuze is also focused on components, services and solutions for safety at work. Leuze concentrates on its core industries, in which the Sensor People have extensive, specific application know-how and many years of experience. These include intralogistics and the packaging industry, machine tools, the automotive industry as well as laboratory automation. Leuze was founded in 1963, headquartered in Owen/Teck in Southern Germany. Today there are more than 1200 Sensor People around the world who are working with determination and passion for progress and transformation to make their customers successful in a constantly changing industry. Regardless of whether in the technological competence centers or in one of the 21 sales companies, supported by more than 40 international distributors. www.leuze.com

Machine Safety vs. Machine Guarding: Is there a difference?

Safety Over IO-Link for Profisafe

Framed vs. Frameless: Which machine guarding is right for you?