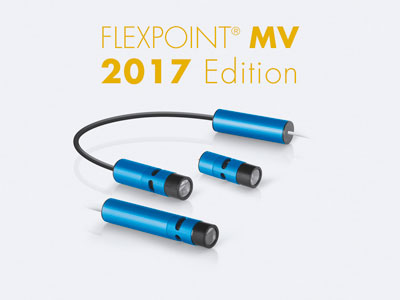 Bedford, NH: At LASER World of PHOTONIOCS 2017, LASER COMPONENTS will present a new generation of line laser modules for machine vision. The M18 threaded MV18 module is the latest addition to the successful MV series, while existing models like MVnano, MVpico and MVfemto have been re-engineered for better functionality and flexibility:

For the first time, all the new models will be in operation at the LASER COMPONENTS booth B3.303.

About LASER COMPONENTS
LASER COMPONENTS specializes in the development, manufacture, and sale of components and services in the laser and optoelectronics industry. At LASER COMPONENTS, we have been serving customers since 1982 with sales branches in five different countries. We have been producing in house since 1986 with production facilities in Germany, Canada, and the United States. In-house production makes up approximately half of our sales revenue. A family-run business, we have more than 200 employees worldwide.

Radiant Presents Principles of Colorimetry, the Science of Color Measurement, at the First Photonics Spectra Conference

New Production Facility for Detectors in the USA