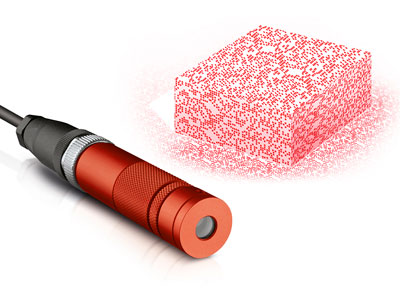 The new FLEXPOINT MVstereo has been particularly designed for 3D stereo vision, a technique which calculates the volume of an object based on the position of dots that are simultaneously captured by two cameras from different angles. The pixels of the same object are then paired during digital image processing. This technique is especially interesting for untextured surfaces of single-color.

OEM versions, developed and manufactured according to customer requirements, are available for special applications.

IR WORKshop First Time in the US

Laser Module Is Dustproof and Waterproof