Founded in 2015 in China, Dobot is a world-leading intelligent robotic arm provider for manufacturing, commerce, engineering, and higher education, etc.. 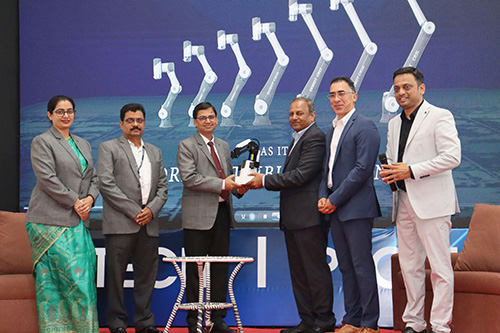 Since then, Jendamark India has delivered turnkey solutions to optimize manufacturing. The company has pioneered Industry 4.0 by implementing AR, VR & software solutions and developed the "ODIN Eco System" platform.

Jendamark and DOBOT have another common DNA strand of spreading education to the masses using technology. Jendamark's ODIN Education platform complements the DOBOT's approach to spreading robotics awareness in teaching. 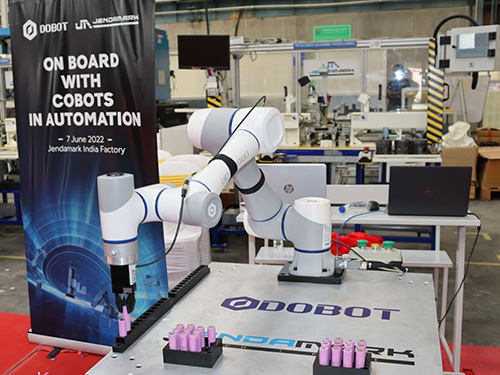 After unveiling the new cobot DOBOT CR5, the CR5 waved to the audience, cut the cake itself, and offered it to all the dignitaries on the stage! 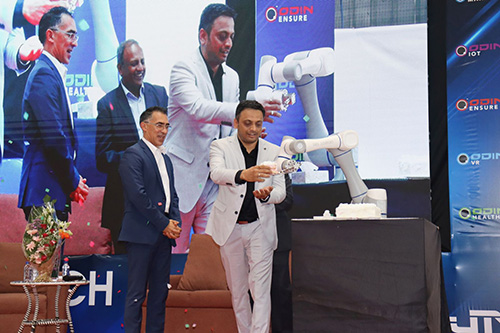 Founded in 2015, DOBOT is a world-leading intelligent robotic arm provider for manufacturing, higher education, etc. DOBOT values innovations with over 686 patents. Today, DOBOT's products are exported to more than 100 countries with a cumulative shipment of 55,000 units.

Why 3D Print with an Industrial Robot?