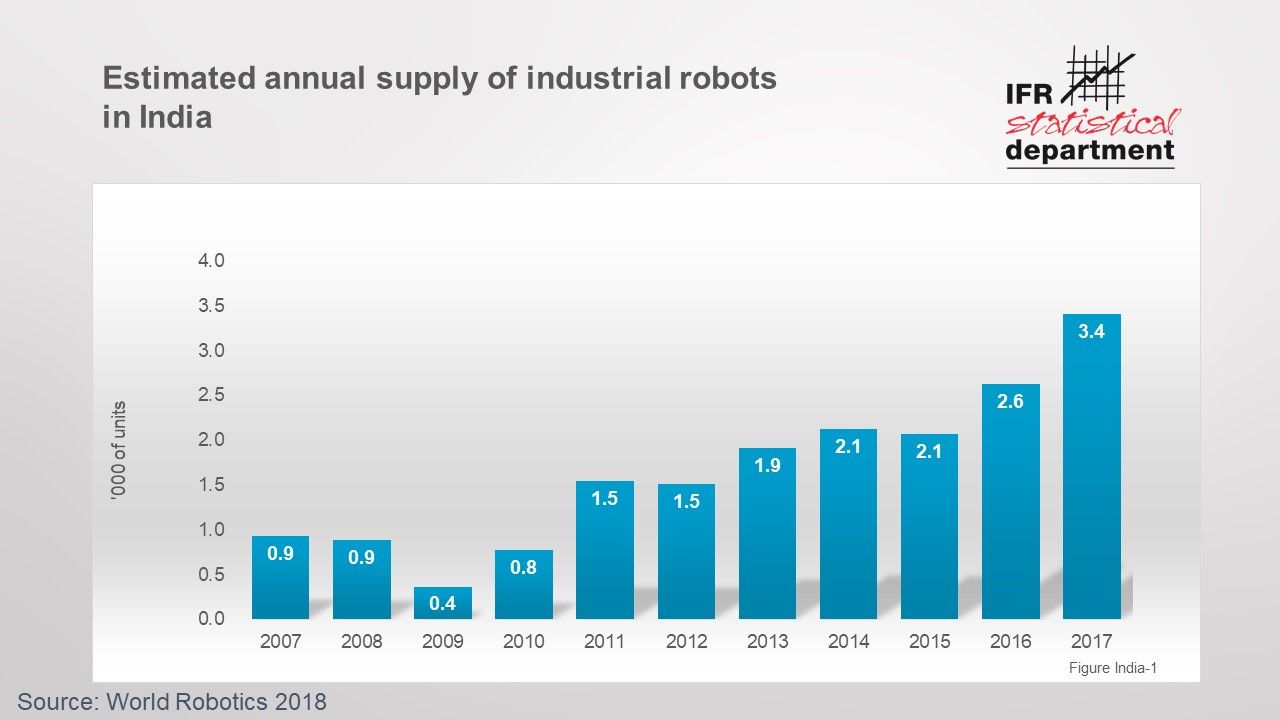 Broken down by industry, India´s automotive sector is the main customer with a share of 62 percent of the total supply 2017. Sales rose by 27 percent compared to the previous year.

General industry is catching up

A clear sign that the general industry is catching up with the automotive sector can be seen by the sales numbers of industrial robots in i.e. the rubber and plastics industry, the metal industry and the electrical and electronics industry, which increased by 46 percent in 2017.

“The general industry will further invest in production capacities and modernization to serve this growing consumer market,” says IFR President Junji Tsuda. “Therefore, an accelerated and strong robot sales growth is expected between 2018 and 2021.”

India is one of the strongest growing economies among the Asian emerging markets. Since 2009, the number of robot installations has been growing rapidly. In 2017, India ranked No. 14 regarding the global annual supply, following Thailand and Spain. Regarding the operational stock, India ranked thirteenth following Canada, Spain and Singapore.

India´s automation potential is illustrated by a rather low robot density figure: 85 industrial robots per 10,000 employees in the automotive industry is less than a fourth of Indonesia´s density (378 units) and far away from China´s (505 units).