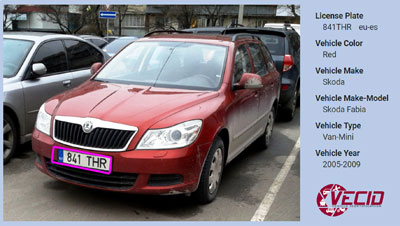 EVT has now also available Deep Learning (EV DL) for recognition of number plates and the make and model of cars, which is called VECID. The identity of vehicles is learned by convolutional neural networks, which are already pre-trained. VECID can tell you exactly, which type of car just passed through the gate of the car park and read the number based on the trained CNN, which saves you all the nuisance of configuring a conventional OCR reader system.

EVT will show its EyeVision Software with its new parallel processing function and the EyeVision 3D commands for bin-picking, weld seam or adhesive bead inspection, etc.

EyeVision Parallel Processing allows to run multiple runtimes with a several numbers of 2D cameras and 3D sensors with each separate inspection program at once at the same time and, whats more, with only one computing unit and EyeVision software. Given the appropriate computing capacity (meaning at least a DualCore processor) the system will allow a faster processing, which uses up less space and is more cost-effective as it saves additional hard- and software costs.

Then of course there will be the EyeVision 3D on display. With the bin-picking command of EyeVision 3D it is possible:

The 3D Unrolling command of the EyeVision 3D software straightens 3D point clouds images of tilt-scans, or respectively "unrolls" them: