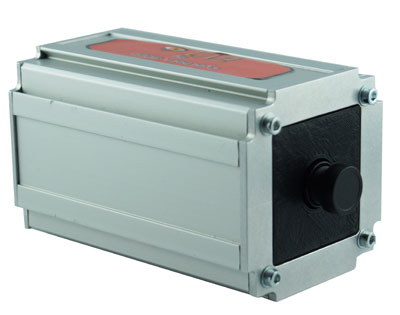 The innovative developing engineers from EVT have added the lightning-swift EyeCheck 9000 smart camera series to the industrial camera market.

As all the smart cameras of the EyeCheck camera series, the EC9000 comes with the EyeVision image processing software. By default the Standard version is uploaded to the camera. But the user can also upgrade to the Professional version or add a few special commands such as the pattern matching command "KeyMatch“ or the code- and OCR-Reading commands (OCR/OCV, bar code, DMC, QR, etc.)

Concerning the camera sensor, there are various possibilities. The standard sensor is a CMOS matrix gray-scale sensor. But there are also other options, such as e.g. a color sensor for color inspections, or line scan and thermal imaging sensors.

In addition there are hardware features such as for example 8 in- and outputs, the GigE and RS232 interfaces (optionally USB 2.0), as well as a LVDS interface. Thanks to the M12 connector and the robust housing, the camera has a protection class of IP65. The EC9xxx smart camera series has also a mini-PCI-Express card and 2 x Micro-USB connectors.

An important advantage is the easy integration via the EVT hardware access (e.g. image data, IO-digitalization, or various busses) with the EVT IP-Core such as e.g. for Vivado.

What is also worth mentioning is that on the one hand the integrated EyeVision software offers a graphical, ready-to-use user interface and on the other hand a variety of libraries for C/C++ programming. Therefore the camera combines plug-and-play features with versatile programming possibilities.

EyeCheck ZQ – the Smallest Smart Camera on the Market