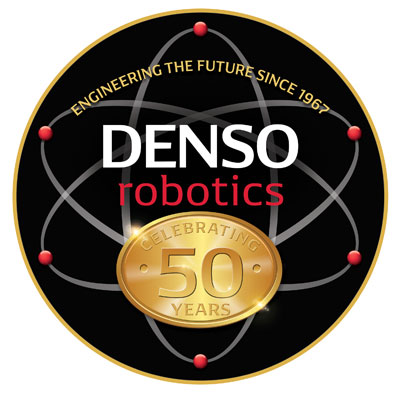 Back in 1967, the U.S. was immersed in the cultural "Summer of Love" – a time of rapid change when new ideas flourished freely. Robotics was relatively unknown, with most people only able to dream about robots such as those they'd seen in sci-fi films. Few knew what a vital role robots would play in the years to come.

During the "Swinging Sixties" decade, DENSO Robotics was developing a range of state-of-the-art controllers, software and industrial robots that would forever change the face of automation. By 1970, manufacturing and implementation of their first aluminum die-casting robot was well under way.

In the years that followed, DENSO was credited with a long line of innovations, from the 4- and 6-axis mid-sized robots of the 1980s and advanced controllers of the 90s, up to the HS, HM and VS-series robots of the early 2000s. Since then, further development led to breakthrough designs such as the RC7M and RC8 controllers, as well as the latest advanced VS-series pharmaceutical robots.

Today, DENSO is an innovative leader in the field. In addition to providing robotics to global industries, DENSO itself is the world's largest user of small assembly robots, from four-axis SCARA robots to five- and six-axis articulated units. More than 18,000 DENSO small industrial robots are employed in the company's own manufacturing facilities, and more than 77,000 additional DENSO small industrial robots are used by other companies worldwide.

DENSO's commitment to building quality products has constantly driven the company to seek out new advances in technology. When industrial robot arms first appeared in the early 1960s, DENSO further developed the technology and applied it to its manufacturing processes.

About DENSO Corporation
DENSO Corp., headquartered in Kariya, Aichi prefecture, Japan, is a leading global automotive supplier of advanced technology, systems and components in the areas of thermal, powertrain control, electronics, information and safety. Its customers include all the world's major carmakers. Worldwide, the company has more than 200 subsidiaries and affiliates in 38 countries and regions (including Japan) and employs more than 150,000 people. Consolidated global sales for the fiscal year ending March 31, 2017, totaled US$40.4 billion. Last fiscal year, DENSO spent 9.0 percent of its global consolidated sales on research and development. DENSO common stock is traded on the Tokyo and Nagoya stock exchanges.