Dean Elkins of Motoman Leads RIA in 2010 as Chairman 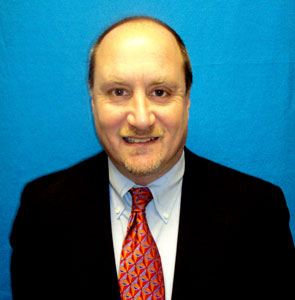 ANN ARBOR, Michigan  – Dean Elkins, Senior General Manager of Motoman Inc. (West Carrollton, Ohio), has been elected as the new Chairman of Robotic Industries Association (RIA) for 2010. RIA has been the industry’s trade group since 1974. Elkins is RIA’s 19th chairman. He succeeds Richard Litt, Founder and Chairman of Genesis Systems Group, LLC (Davenport, Iowa), who served as RIA Chairman in 2008 and 2009. Litt will continue to serve on the RIA Board as Past Chair.

Elkins has been on the RIA Board of Directors since 2000, and was most recently the RIA First Vice Chair. He has been extensively involved in other RIA activities including serving on the Statistics and Show Committees, moderator for the Robotics Industry Forum and as Membership Committee Chairman.

Regarding the association, Elkins says, “I look forward to steering RIA’s growth as we emerge from some trying economic times. It is the RIA’s goal to continue to deliver association growth by demonstrating our value to automation suppliers, systems integrators, the automotive and non-automotive communities, educators and consultants. We can do this through continued promotion of the identity of the RIA.”

"I am excited about working closely with the RIA Board and staff as well as the Automated Imaging Association and Motion Control Association Boards to help instill a new excitement and synergy in the automation industry and our Automation Technologies Council. A few of the initiatives that we will focus on include brand awareness of the RIA, retooling our trade show and conference events to add new relevance to them, certification programs for systems integrators and educators, and the development and proliferation of new safety standard specifications,” Elkins explained.

Elkins has worked in the robotics industry since the early 1980's. He has been employed with Motoman since its inception in 1989 and has held several domestic and international senior management positions. On the state of automation, Elkins believes that, “Projects are coming back now. There is much more going on than the recent ‘busy work’ of justification and validation of current projects that has been taking place over the previous months.” He sees the growth of automation through “rock-solid technology, education, social networking and more.”

For more information about RIA and the robotics industry, visit www.robotics.org or contact RIA Headquarters at 734-994-6088.

The full roster of RIA Board of Directors for 2010 follows:

2010 RIA Board of Directors