Can You Buy a Robot Application Off-the-Shelf? 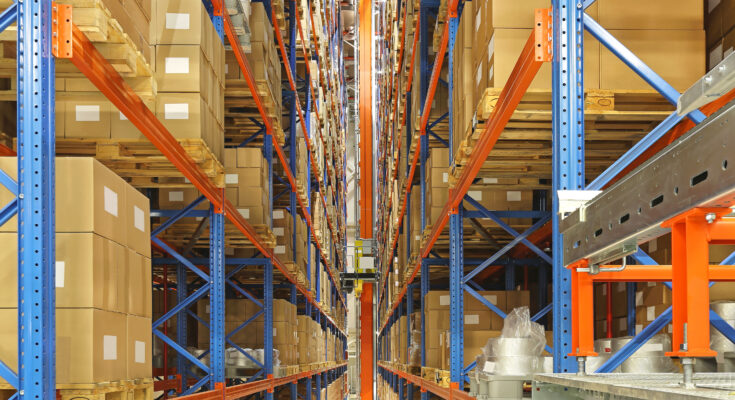 If only robot applications were as easy to purchase as a new computer!

Unfortunately, robotics can sometimes seem very complex. Every time you want to implement a new robot application, it feels like you have to jump through many hoops just to purchase the robot and the required extras. And that’s before the integration!

Simplicity is not traditionally a hallmark of robotic projects.

For years, every robotic cell has needed to be built from the ground up. Buying a robot has meant pouring through pages and pages of accessories, end effectors, and sensors to pull together all the required pieces.

In a way, deploying a robot felt a bit like building a new product — you had to start the design from scratch, you had to make all the decisions yourself, and you were feeling your way through the deployment as if it was the first time anyone had built such an application.

Skilled integrators have long been the only lifeline for manufacturers looking to get started in robotic automation. However, even integrators end up reinventing the wheel on applications that have probably been solved before.

Wouldn’t it be great if you could just buy your chosen robot application off-the-shelf?

But, is that even possible?

Is Your Robot Application Really Unique?

An objection that some people have to the idea of pre-built robot applications is that they will not suit their situation. You might think that your manufacturing setup is unique. Compared to other robot users, your process is more complex and your product flow is too unusual.

For many people, the concept of “off-the-shelf” suggests a system that will require a lot of extra engineering to fit into their existing processes.

While this concern makes some sense, it misses one truth about robotics that most people forget: their application is not really unique.

We are no longer living in a world where robots are a rarity. Millions of robots are used every day in factories around the world, especially by manufacturers.

Do you really think that someone hasn’t developed your robot application before?

It’s likely that dozens of manufacturers have deployed almost exactly the same application as you are currently considering. The problems you are going to face have already been solved. Improvements have been made in ways that you won’t be able to match for years to come on your own.

It just means that you avoid reinventing the wheel.

In fact, reinventing the wheel is a very common problem in robotics.

It’s such a common problem that the now-closed robotic research lab WillowGarage co-created a comic about why it happens over 10 years ago — basically, too many roboticists work off proof-of-concept hardware setups without enough information to properly learn from each other’s mistakes.

Unfortunately, this is still largely the case over a decade later, especially in industry.

Indeed, the knowledge and expertise of robot integrations usually stays in the heads of automation engineers and integrators. When an integration is finished, they keep the knowledge to themselves and move onto the next project.

As a result, when you are starting a new robot deployment you are at a huge disadvantage.

You are left to figure everything out for yourself even though the problem has been well-and-truly solved by others already.

On the whole, a good pre-made robot cell can help you to get up and running as quickly as possible, with a setup that you know has been optimized for your intended application.

We have recently teamed up with DIY Robotics, a company that specializes in pre-engineered, modular robot cells. Each cell can be customized and configured, with choices of which robot to use and all required extras to make the robot work.

RoboDK comes now with the DIY Robotic Deburring Cell, thanks to its in-built support for a huge range of robots and its easy programming.

We have also teamed up with ATI Industrial Automation for the DIY-Robotics deburring application, which uses ATI’s Compliant Deburring Blade.

Pre-made cells like this remove all the complexity of designing, sourcing, and integrating the different parts of a robot cell. You just pull together your required components in their interactive Robotic Cell Configurator and you’ll be ready before you know it.

5 Benefits of Going With a Pre-Made Robot Cell

There are several benefits you can get by going with a pre-made robot cell.

The most obvious benefit is that the integration time is drastically reduced. This means you can get your robot into production much faster and it will start to earn a return on investment sooner.

Thanks to the reduced integration requirement and the fact that the cells are pre-made, they are more cost-effective than the alternative. When you build the cell yourself, you have to shoulder all of the integration expense and other costs.

It is also much easier to get a clear cost for your robot cell upfront by using a pre-made cell. In fact, DIY Robotics even lists the prices of their cells on their website. With conventional robot deployments, it’s often hard to get a clear idea of the cost.

There are lots of headaches associated with deploying a robot application for the first time. Even if you are using an integrator, you have many decisions to make and the project can take a lot of your time. With pre-made cells, these decisions are reduced considerably.

A great benefit of using pre-made cells is that you have the advantage of an optimized cell upfront. The cell designs have gone through many optimizing iterations and they continue to be improved by building on real user experiences.

If you’re looking to start with a new robot application, have a look at what pre-made robot cells could do for you.

After all, just check out the DIY Robotics website to see what they offer.

Together with RoboDK, it’s probably one of the easiest ways to get started with robotics.