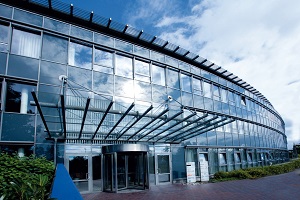 In 2013, Basler achieved the best results in the 25 years of the company's history. With this background, Basler will propose to this year's shareholders’ meeting the distribution of a dividend of 47 cents per share.
For the fiscal year 2014, the Basler group expects an increase of sales to € 70 million to € 74 million. Due to attractive growth opportunities in the industrial camera market, investments in future sales growth will be continued with unabated intensity. As far as earnings are concerned, the company is assuming a solid pre-tax return rate between 8 % and 10 % depending on the sales development.
Basler is a leading global manufacturer of digital cameras for industrial and video surveillance applications, medical devices, and traffic systems. Product designs are driven by industry requirements and offer easy integration, compact size, excellent image quality, and a very strong price/performance ratio. Founded in 1988, Basler has 25 years of experience in vision technologies and has designed and manufactured high quality digital cameras for 15 years. The company employs over 400 people at its headquarters in Ahrensburg, Germany, as well as in international subsidiaries and offices in the U.S., Singapore, Taiwan, China, and Korea.
Vision in Life Sciences This content is part of the Vision in Life Sciences curated collection. To learn more about Vision in Life Sciences, click here.