There’s a new major release of RoboDK and it’s better than ever!

We’ve increased performance, added compatibility with more robots and tools, and improved support across the board.

Let’s have a look at what makes RoboDK 5.0 so great. 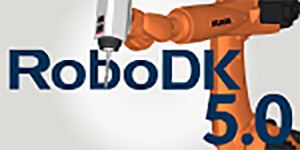 Here at RoboDK, we regularly add features and introduce new support to the software. If you are looking for a new feature, just let us know in the forum and we will consider adding it to the software (or help you to use the feature if it’s already included).

Our minor updates throughout the year are packed full of amazing new features and extra compatibility that can really make the difference to your specific robot application. We don’t always shout about the minor updates, but they help to enrich the experience of using RoboDK.

But, sometimes we release a new update that is worth shouting about.

RoboDK 5.0 is one such release.

Here are 10 reasons that RoboDK 5.0 is the best version ever:

1. Up to 2 x Speed Improvement for Complex Projects

RoboDK was already a fast software package. Unlike some other robotics software, it doesn’t require you to have an extremely high-performance computer to run it. You can run RoboDK even on a normal laptop for simple projects. The more performance you have access to, the more you can get out of it for complex projects.

This latest release uses less RAM than before and can run up to 2 x faster for complex projects. 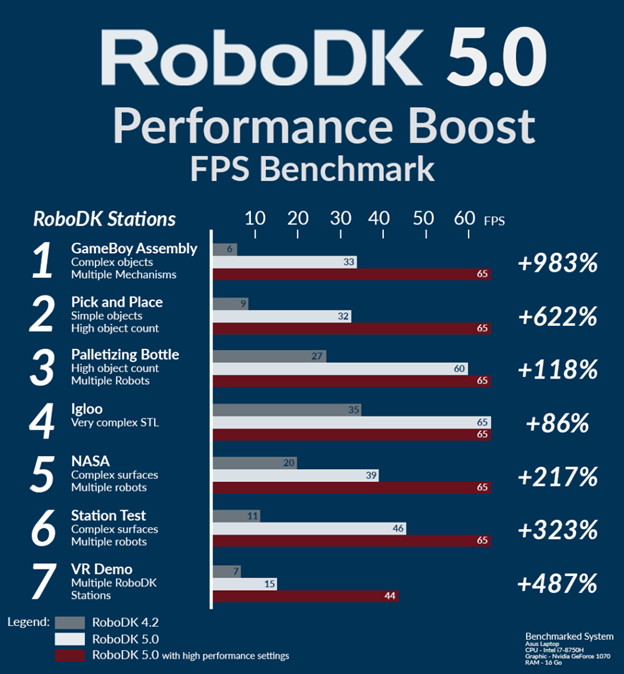 Another performance boost in this new version is the increased graphics capabilities. We have improved the graphics performance overall, including support for textures and GPU accelerated rendering.

More tips about improving performance of your simulations in the display performance section of our documentation.

RoboDK doesn’t require amazing graphics processors to run a simple project. However, these new updates will speed up its performance for those aspects that require high graphics processing (e.g. when rendering many robots operating in the same workspace with many different objects).

3. Plugins to Your Favorite CAD Packages

Over the past year or so, we have introduced support for a range of popular CAD/CAM packages. These come in the form of a RoboDK Plugin for the package that you can use to send your CAD models and CAM-generated paths directly into RoboDK.

In RoboDK 5.0, we have introduced support for Solid Edge for the first time.

For a long time, RoboDK has been able to simulate simple cameras. This allows you to test out robot applications that require computer vision. Late last year, we released a feature that allowed these simulations to be even more realistic.

In version 5.0, we have boosted RoboDK’s capabilities for camera simulation even further.

Here are some of the things we’ve done to improve camera simulation in the new version: 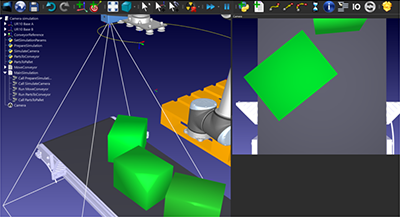 The list of supported robot brands and models grows at an impressive rate in RoboDK. At the time of release, we now have support for over 500 robot models from 50 robot brands.

And this is just the robots that are already listed in our Robot Library — i.e. models that can be imported and used within the software at the touch of a button. RoboDK can support almost any industrial robot. If you find your chosen robot isn’t there yet, let us know and we can add support.

The RoboDK API is a key feature that allows you to customize and automate your integrations while remaining brand agnostic. The new version includes a complete plugin interface which gives you no limits to customize the RoboDK interface. 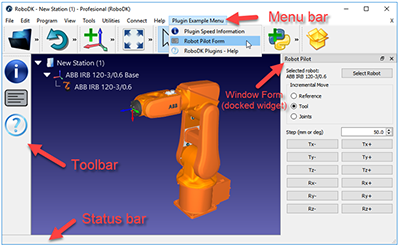 You’ll find some useful open source plugins such as an OPC-UA plugin or a robot pilot plugin.

You can also easily create your own apps based on your Python scripts.

Are you an OEM or an integrator? This feature will help you deploy your products into production, faster than ever while protecting your IP and remaining brand agnostic.

RoboDK is already one of the best, most flexible SDKs for robot programming available. This allows programmers to extend the capabilities of robots far beyond what has been possible before.

In RoboDK 5.0, we’ve stepped into a new world of brand-agnostic robot programming. The new version includes a complete plugin interface which gives you no limits to customize the RoboDK interface.

You can also easily create your own apps with Python scripts and add them to RoboDK with the new AppLoader. There is already a growing list of open-source plugins available for you to try out.

8. Improved Integration with Many Robot Brands 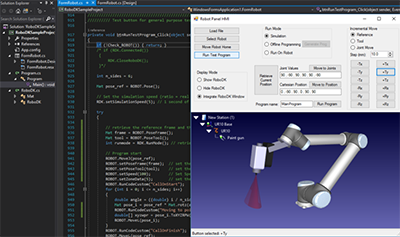 We are always improving the integration that RoboDK has with our existing robot brands, either by adding new robot models, adding new post-processors, or updating the existing functions.

Some of the newest robots that we’ve added to our Robot Library are the collaborative robots from Omron Corp and Techman Robot Inc.

RoboDK is a truly international tool.

In RoboDK 5.0 we continue to open up our international support by adding Japanese to our list of supported languages.

All the previous updates are great. But, probably the greatest reason that RoboDK 5.0 is the best version yet is our amazing community of partners wordwide and customers. Our users come from companies like NASA, Airbus, Intel, GM, …

We now have over 1000 active users in our RoboDK Forum. You frequently ask great questions and help us to make the software better and better every year by adding features that are really useful to you.

If you haven’t installed it already, you should definitely grab your copy of RoboDK 5.0. Just go to the download page and you can install it within minutes.

If you have never used RoboDK before, now is a great time to try it out! You can access the free trial simply by downloading the software.

Speed Up CAM Programming with the FeatureCAM Plug-in