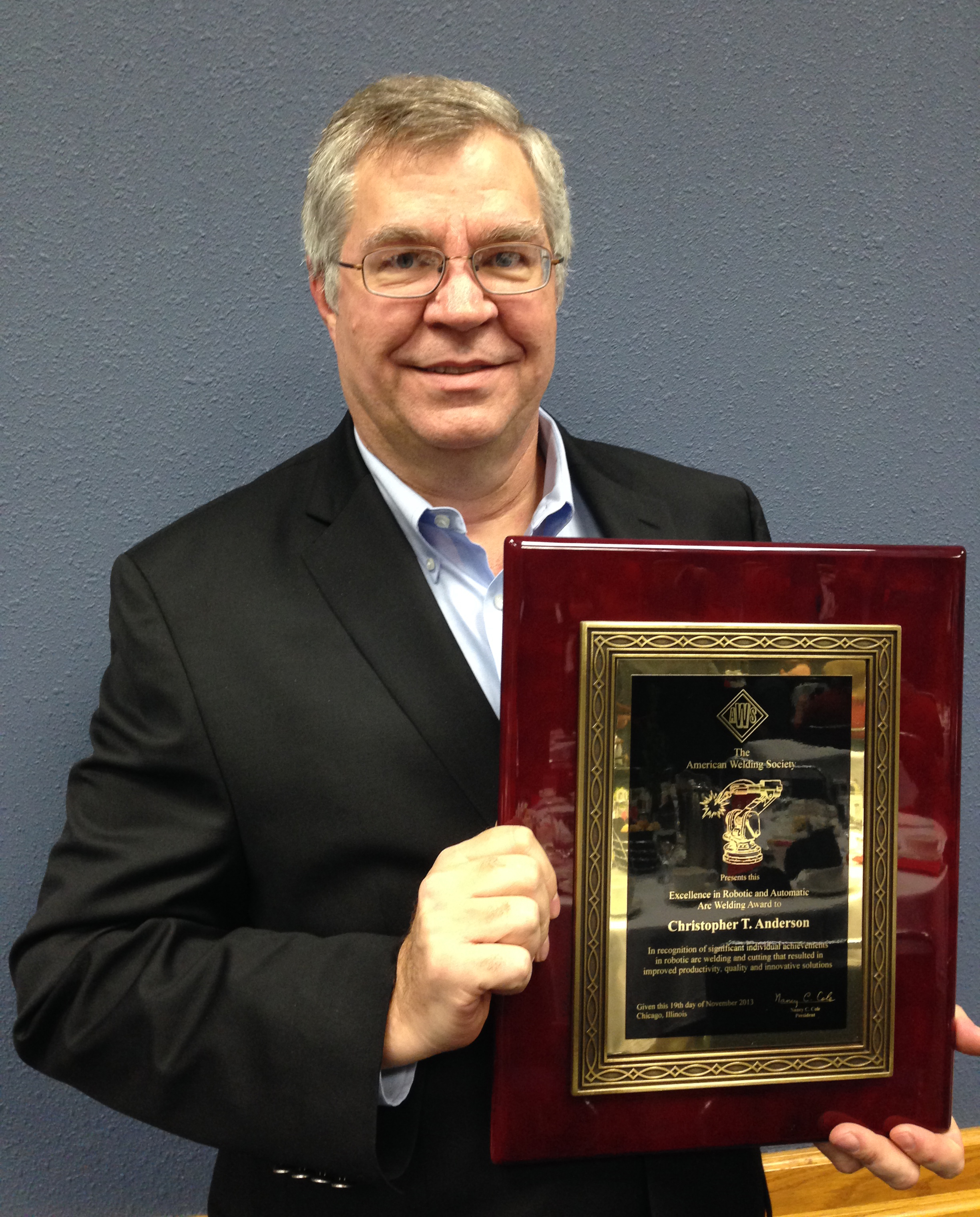 Dayton, OH – Yaskawa Motoman is pleased to announce that Chris Anderson, welding product marketing manager, is the recipient of the 2013 Excellence in Robotic and Automated Arc Welding Award (ERAAW). Anderson was chosen by the D16 Award Selection Committee of the American Welding Society (AWS).

This award, sponsored by AWS and the committee, recognizes significant individual achievements in the area of robotic arc welding. It also includes the introduction of new technologies, establishment of the proper infrastructures (training, service, etc.) to enable success and any other activities having significantly improved the state of a company and/or industry. The award was presented to Anderson during an award ceremony held at the FABTECH show in Chicago, IL (November 18-21, 2013).

“I was lucky to start my career when welding robots were being introduced into industry, and I appreciate Yaskawa Motoman giving me the opportunity to develop D16 standards for the new technology,” said Anderson. “I was honored to be nominated for the award by an industry leader, John Heinrichs, and humbled to be selected by my peers on the committee. I look forward to continuing to work on D16 standards in the future as technology is changing, and industry is becoming globalized.”

Anderson has been with Yaskawa Motoman since the company’s inception in 1989 as a joint venture between Yaskawa Electric Corporation of Japan and Hobart Brothers Co. of Troy, Ohio. Prior to that, he served at Hobart Brothers, beginning in 1983. Anderson holds a Bachelor’s of Science degree in Welding Engineering from The Ohio State University. He has served on the RIA R15.06 Subcommittee on Safety and is named inventor on a U.S. Patent.